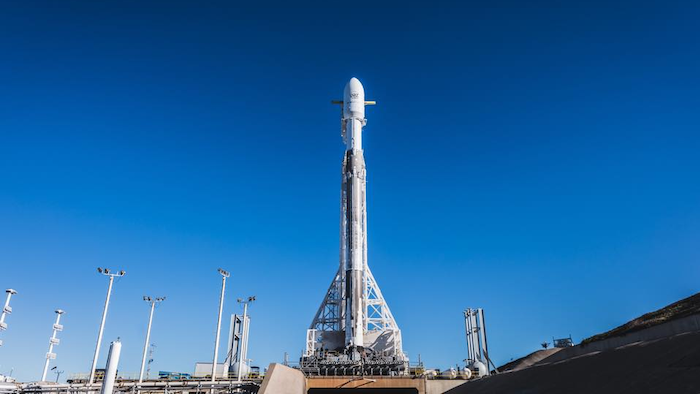 The Falcon 9 at Vandenberg Air Force Base in California.
SpaceX

VANDENBERG AIR FORCE BASE, Calif. (AP) — SpaceX has postponed a satellite launch from Vandenberg Air Force Base in California.

The company called off Wednesday's pre-dawn launch due to strong upper-level winds.

The timing of the launch has created expectations of a repeat of the light show caused by a December launch that was visible for hundreds of miles and set off a storm of social media postings.

However, weather conditions this week are much less clear as clouds stream across Southern California ahead of a trough of low pressure that may bring rain.