Pofits got a perk from a U.S. tax cut.

Yuri Kageyama
In this April 28, 2017, file photo, visitors walk through a showroom of the Honda Motor Co. headquarters in Tokyo. Honda Motor Co.'s profit for the fiscal third quarter has more than tripled what the Japanese automaker earned in 2017 as its sales grew and profits got a perk from a U.S. tax cut.
AP Photo/Koji Sasahara, File

TOKYO (AP) — Honda Motor Co.'s profit for the fiscal third quarter more than tripled from what it earned last year as its sales grew and profits got a perk from a U.S. tax cut, the Japanese automaker said Friday.

Honda lifted its annual forecast through March to 1 trillion yen ($9 billion), up from 616.5 billion yen the previous fiscal year on continued sales growth and a favorable exchange rate.

Honda's results have been hammered by costs related to a massive recall of air bags made by Takata Corp.

Takata has been forced into bankruptcy. Although almost all the global automakers were affected by the Takata recalls, Honda had been among its biggest customers.

The worldwide death toll linked to the defective Takata air bags rose to 22 in January. Honda Malaysia said a person in that country died New Year's Day from a crash of a vehicle that had a faulty Takata air-bag inflator. The Honda vehicle had been sold and so the recall was not completed, the company said. 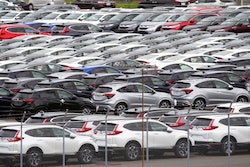 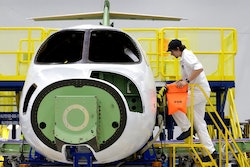 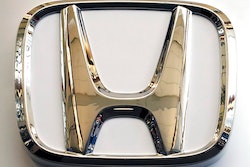