The company says the move was necessary to avoid unexpected shutdowns related to battery fatigue. 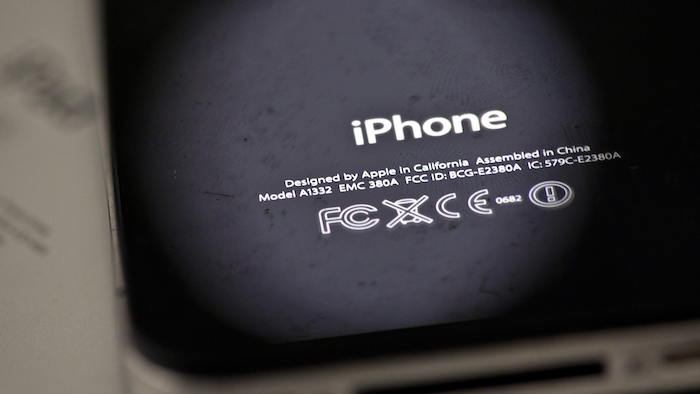 In this Thursday, Dec. 6, 2012, photo, the back of an iPhone 4 in New York. Apple is apologizing for secretly slowing down older iPhones, which it says was necessary to avoid unexpected shutdowns related to battery fatigue. The company issued the statement on its website Thursday, Dec. 28, 2017.
AP Photo/Karly Domb Sadof, File

Many customers had interpreted the move as a way to for Apple to juice demand for newer iPhone models, their suspicions fueled by the fact that the company didn't initially disclose the slowdowns or its reasons for them.

Apple also said it will cut the price of a battery replacement by $50 to $29 through next year. New batteries had previously cost $79 for those who didn't purchase the Apple Care maintenance plan.

"We apologize," the company said on its website. "We have never — and would never — do anything to intentionally shorten the life of any Apple product, or degrade the user experience to drive customer upgrades."

The replacement plan begins in late January for anyone with an iPhone 6 or later that requires a new battery.

Apple said it will also issue an update to its operating system early next year to give users a better understanding of the health of their battery, so they can see if its condition is affecting performance.

Hostile customer reaction was swift after a report this month uncovered the intentional slowdown in speed tests. Only then did Apple acknowledge that the slowdown was due to a fix it rolled out last year. Shares dropped 2.5 percent Tuesday — also dinged by analysts predicting lower-than-expected demand for the iPhone X — and only partially recovered by Thursday.

At least five groups seeking class action status, involving consumers in Texas, Illinois, California and New York, have also sued the company in the wake of the slowdown revelation.

Ben Bajarin, an analyst with Creative Strategies, said Apple found itself in a tough spot by having to explain what it did to cope with the reality that all lithium ion batteries degrade over time.

"The error — if anything — was not being more transparent," he said. "They were legitimately trying to make people's iPhones last longer."