Google’s Advanced Technology and Products group is the first company to receive the Studio printer. 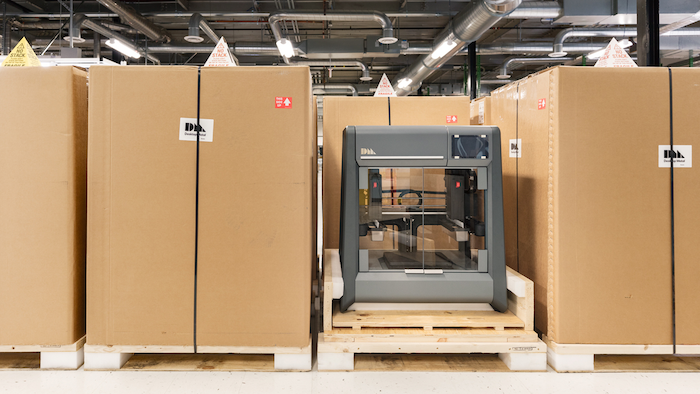 “Since the launch of our Pioneers Program, we have seen really passionate engineers and world-class companies begin to develop benchmark metal 3D printed parts with the Studio System,” said Ric Fulop, CEO and co-founder of Desktop Metal. “We are extremely excited to begin shipping our Studio printer to these early pioneer customers and sales partners, including Google’s ATAP, and, over the next several months, will be working closely with each to learn more about how engineers want to use our system.”

Among Desktop Metal Pioneer customers in the USA, in addition to Google’s ATAP, include: US Navy’s Naval Surface Warfare Center Dahlgren Division; Built-Rite Tool & Die; The Technology House; Medtronic; and Lumenium LLC. Each Pioneer will begin receiving the Studio System over the coming months, with broader distribution to those who reserved the system in early 2018. Additionally, more than 30 USA sales partners will be receiving the Studio System to begin the process of offering product demonstrations and creating benchmark parts for interested customers.

“This marks the first time our team will be able to use metal 3D printing for rapid prototyping of our hardware parts,” said David Beardsley, manager of Google’s ATAP. “For prototyping, we have previously relied upon casting or using plastic 3D printing. Now with the Studio System, our team will experience shorter lead times, faster product development cycles and the benefits of functional prototypes in an array of metals on demand and in the lab. We look forward to exploring and developing potential applications for many of our projects.”

The Studio System, which debuted in May, is the first office-friendly metal 3D printing system for rapid prototyping and is 10 times less expensive than existing technology today.

The Studio System is a complete platform, including a printer, a debinder, and a sintering furnace that, together, deliver metal 3D printed parts in an engineer’s office or on the shop floor.

How Voxel-Level Control Will Create a New Toolset