The $1 billion fund was created to finance the work of domestic manufacturers and create jobs in the U.S.

Associated Press
This Tuesday, Aug. 8, 2017, file photo shows the Apple logo at a store in Miami Beach, Fla. Apple is investing $390 million in Finisar, a company that makes the lasers used in facial recognition. The investment announced Wednesday, Dec. 13, is the latest from Apple’s $1 billion Advanced Manufacturing Fund, dedicated to investments in U.S. manufacturers and creating jobs in the U.S.
AP Photo/Alan Diaz, File

SHERMAN, Texas (AP) — Apple has made its second notable investment this week, the latest into the facial recognition technology company, Finisar.

The $390 million investment announced Wednesday comes from Apple's $1 billion Advanced Manufacturing Fund, created to finance the work of domestic manufacturers and create jobs in the U.S.

Apple announced the creation of the fund in May and plowed $200 million into Corning Inc., the maker of the Gorilla Glass that is used in Apple's touchscreens.

The Finisar investment will help the company boost production of vertical-cavity surface-emitting lasers, which Apple uses for Face ID, Animoji and Portrait mode selfies with the iPhone X TrueDepth camera and the proximity-sensing capabilities of AirPods.

Finisar will open a manufacturing plant in Sherman, Texas, about an hour north of Dallas, creating more than 500 jobs. Finisar runs a plant in Allen, just outside of Dallas.

On Monday, Apple revealed that it had acquired Shazam. That company makes the song-recognition app that Apple's digital assistant Siri has already been using to help people identify the music playing on their iPhones.

The investment announced Wednesday is a huge lifeline for Finisar. The company's stock had tumbled nearly 40 percent this year after putting up disappointing numbers in its past two quarters. 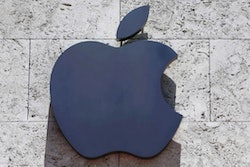