SpaceX is Launching a Recycled Rocket

Space Age hand-me-downs are soaring to a whole new level. 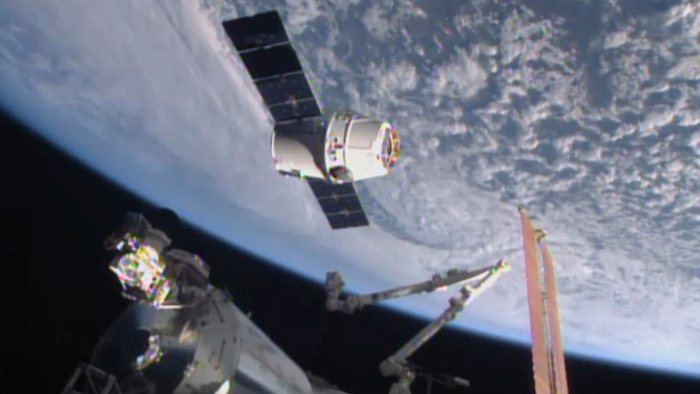 In this April 17, 2015, file image from NASA-TV, the SpaceX Dragon 6 resupply capsule nears the International Space Station. The capsule will be making a return trip to the space station when it is launched on a recycled rocket for NASA on Tuesday, Dec. 12, 2017.
NASA-TV via AP, File

NASA's International Space Station manager, Kirk Shireman, said the risk of launching a recycled rocket is about the same as for a brand new one. He expects to be just as anxious as he always is at every launch.

"It's still a dangerous business," he told reporters Monday. Although NASA's best rocket experts conducted an extensive review of the recycled and meticulously inspected booster, there is never "zero risk," he pointed out.

The private SpaceX has launched recycled rockets three times before, on commercial satellite deliveries. And back in June, SpaceX launched a previously flown Dragon to the space station. This latest Dragon to fly — loaded with nearly 5,000 pounds of food, gear and experiments, and likely some Christmas presents — first flew in 2015.

While the notion of reusable rockets is hardly new — NASA's now retired space shuttles reused main engines and booster segments — SpaceX is intent on driving down launch costs by salvaging its boosters and other components, and reflying them again and again.

"This is the beginning of rapid and reliable reusability," said Jessica Jensen, a SpaceX manager. "We want to be able to send thousands of people into space, not just tens, and so reusability is a very key part of that, and we're excited because tomorrow is just one step closer to that."

As before, the first-stage booster will attempt to land back at Cape Canaveral Air Force Station.

This will be the first launch in more than a year from Launch Complex 40. The pad was ruined when a SpaceX rocket exploded during testing in September 2016.

In a $50 million rebuild, SpaceX made the pad more robust, burying support equipment and fuel lines under concrete and steel.