The company has agreed to sell 24 Typhoon fighter planes to Qatar. 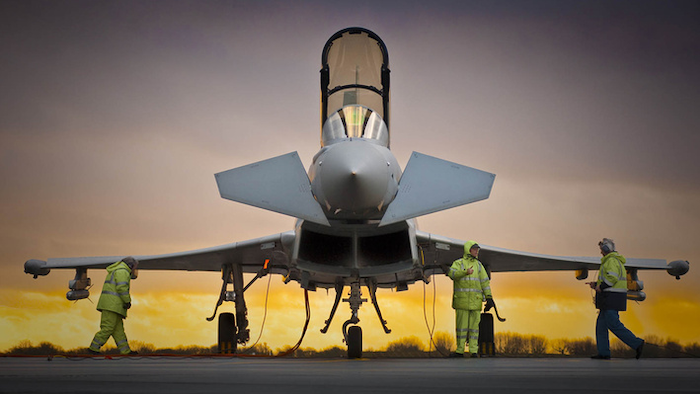 The contract provides for 24 Typhoon aircraft with delivery expected to commence in late 2022.
BAE Systems

The agreement also includes the sale of Brimstone and Meteor missiles made by MBDA Missile Systems, as well as Raytheon Paveway IV guided bombs manufactured in Britain.

BAE Systems put the value of the Typhoon contract, which includes training and support, at 5 billion pounds. Qatar is the ninth country to purchase the aircraft.

Williamson says the deal is the biggest export agreement for the Typhoon in a decade and "will boost the Qatari military's mission to tackle the challenges we both share in the Middle East."