And the company's woes continue as an investor sues the ousted CEO. 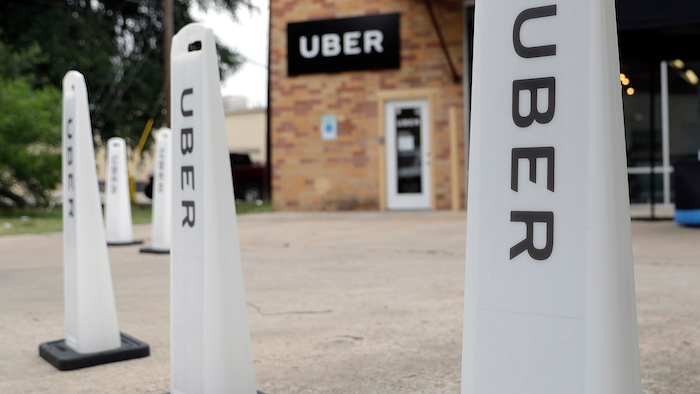 This May 26, 2017, file photo shows an Uber office in Austin, Texas. Ryan Graves, Uber's chief of global operations, resigned and investors sued the company’s former CEO. Graves told Uber staff in an email Thursday, Aug. 10, that he will transition out of his role as senior vice president of global operations in mid-September. That board, and its support for former CEO Travis Kalanick, was the subject of a lawsuit filed Thursday in Delaware Chancery Court by Benchmark Capital Partners.
AP Photo/Eric Gay, File

Ryan Graves told Uber staff in an email Thursday that he will transition out of his role as senior vice president of global operations in mid-September. Graves will remain on Uber's board.

That board — and its support for former CEO Travis Kalanick — was the subject of a lawsuit filed Thursday in Delaware Chancery Court by Benchmark Capital Partners.

Benchmark holds 13 percent of Uber's stock. It claims Kalanick is trying to pack Uber's board with his allies and eventually return to his post as CEO. The venture capital firm says that would harm Uber's shareholders, employees, drivers and customers.

A spokesperson for Kalanick said the lawsuit is "completely without merit and riddled with lies and false allegations."

In the lawsuit, Benchmark claims Kalanick concealed material information from investors when he created three new board seats in 2016 and gave himself the right to appoint people to those seats. Among other things, Benchmark said, Kalanick knew Uber might be accused of stealing trade secrets from Waymo, Google's self-driving car unit. Waymo sued Uber earlier this year.

Kalanick resigned under pressure in June after a monthslong investigation into harassment and other behavior problems at the San Francisco-based company. But he quickly appointed himself to one of the three board seats. The other two remain vacant.

Benchmark says Kalanick has acquired "a disproportionate level of influence over the board, ensuring that he would continue to have an outsized role in Uber's strategic direction even if forced to resign as CEO." The firm says Kalanick has already interfered in the board's attempts to hire a new CEO.

Benchmark wants to remove the three additional seats and return the board to eight members. It's also asking the court to prevent Kalanick from participating in board meetings.

Uber said it had no comment on the lawsuit. But in a statement, Kalanick's spokesperson said the lawsuit is an attempt to deprive Kalanick of his rights as an Uber founder and shareholder.

"Travis will continue to act in the interests of Uber and all of its stakeholders and is confident that these entirely baseless claims will be rejected," the statement said.