FAA Rule on Drone Registration is Struck Down

The ruling was a victory for hobbyists and a setback for the FAA, which cited safety concerns as it tried to tighten regulation of the fast-growing army of drone operators.

Sam HananelDavid Koenig
In this June 11, 2015, file photo, a hexacopter drone is flown during a drone demonstration in Cordova, Md. An appeals court has struck down a Federal Aviation Administration rule that required owners to register drones used for recreation.
AP Photo/Alex Brandon, File

WASHINGTON (AP) — An appeals court on Friday struck down a Federal Aviation Administration rule that required owners of drones used for recreation to register their craft.

The ruling was a victory for hobbyists and a setback for the FAA, which cited safety concerns as it tried to tighten regulation of the fast-growing army of drone operators.

Some pilots of commercial airliners have reported close calls with drones flying near airports.

About 760,000 hobbyists have registered more than 1.6 million drones since 2015, and sales have skyrocketed. The FAA estimates that hobbyists will buy 2.3 million drones this year and 13 million by the end of 2020. Commercial operators from photographers to oil pipeline and cellphone tower owners were forecast to buy another 10 million through 2020.

The FAA decided in 2015 to require hobbyists to register their drones, or model aircraft. Violators could be sentenced to prison.

The registration requirement was challenged by John A. Taylor, a drone hobbyist in the Washington, D.C., area.

The U.S. Court of Appeals for the District of Columbia Circuit agreed with Taylor, saying that a law passed by Congress and signed by President Barack Obama in 2012 barred the FAA from imposing new regulations on model aircraft.

The three-judge panel said that safety was obviously important and making hobbyists register "may well help further that goal to some degree," but it was up to Congress to repeal the ban on FAA rules for model aircraft.

A spokesman for the FAA said the agency was reviewing the decision.

The ruling demonstrated the schism in the drone world. The Association for Unmanned Vehicle Systems International, whose members include big commercial drone operators and manufacturers, expressed disappointment with the court's ruling. The group's president, Brian Wynne, said registration "helps create a culture of safety that deters careless and reckless behavior." He vowed to seek a legislative fix in Congress.

A lawyer for China's DJI, the world's biggest drone maker, said registration was reasonable and fostered "accountability and education to drone pilots." Brendan Schulman said he expected more discussion between industry and governments over the program.

Some model aircraft enthusiasts had complained that the registration requirement was too burdensome.

"On balance this is probably a good thing," said Vic Moss, a commercial photographer and drone operator in Colorado. "The FAA definitely overstepped their boundaries with the registration, and the fact that they called it an emergency action didn't help them look good."

Moss was worried, however, that the issue was so contentious that the FAA might successfully lobby Congress for clear authority to regulate hobbyists.

Registration cost $5 and had to be renewed every three years. It required owners to mark aircraft with an identification number and imposed civil and criminal penalties on those who did not comply.

Taylor also challenged FAA restrictions on where drones can operate in the Washington area. The court said that appeal was filed too late. 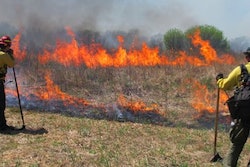 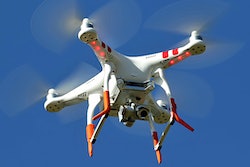