Decades' worth of man-made junk is cluttering up Earth's orbit. 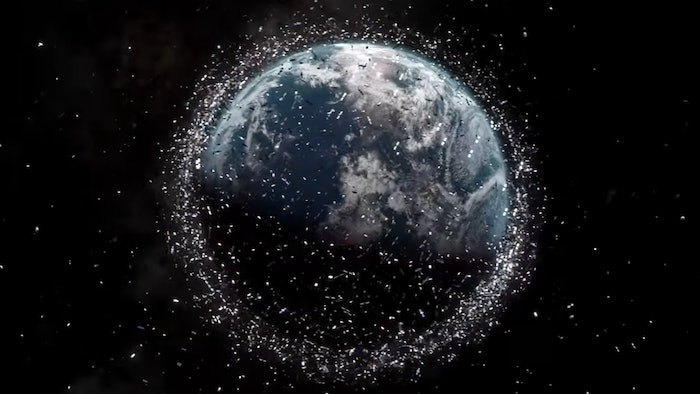 BERLIN (AP) — Decades' worth of man-made junk is cluttering up Earth's orbit, posing a threat to spaceflight and the satellites we rely on for weather reports, air travel and global communications.

More than 750,000 fragments larger than a centimeter are already thought to orbit Earth, and each one could badly damage or even destroy a satellite.

Experts meeting in Germany this week say the problem could get worse as private companies send a flurry of new satellites into space over the coming years, unless steps are taken to reduce space debris.

Luisa Innocenti of the European Space Agency said Friday a first mission to capture space junk is being planned, but noted that it is highly complex because failure could worsen the problem by creating more debris.