Muscle cars and SUVs are dominating the diverse lineup of new vehicles.

Associated Press
The Mercedes AMG GL63 is on display during a media preview at the New York International Auto Show, at the Jacob Javits Center in New York, Wednesday, April 12, 2017.
AP Photo/Mary Altaffer

Here are some of the buzz-worthy new cars and trucks at the show.

VOLVO XC 60: Volvo raises its game in the hottest part of the U.S. auto market with a new version of the XC 60 compact SUV. It looks like a shrunken version of Volvo's larger SUVs with sleek yet somewhat boxy Volvo styling on the outside and a simple but elegant interior. It also performs. The top version with a gasoline and plug-in hybrid combination makes 400 horsepower and can go from zero to 62 mph (zero to 100 kilometers per hour) in only 5.3 seconds. It also has Volvo's semi-autonomous driving system available which steers, accelerates and brakes the SUV on well-marked roads up to 80 mph.

MERCEDES AMG GLC63 SUV: Here's a luxury SUV with pep in its step. Mercedes puts a 4-liter V-8 engine in this 5-seater SUV, which goes from 0 to 60 in 3.9 seconds. That's sure to jolt the kids awake on the way to school or their morning soccer game. Mercedes offers an optional exhaust system that regulates the noise level of the V-8, something the neighbors should appreciate. The SUV goes on sale in June. There's also an S Coupe version that gets to 60 mph even faster.

JEEP GRAND CHEROKEE TRACKHAWK: Talk about fast SUVs. Call Fiat Chrysler nutty, but it's putting the 6.2-Liter, 707-horsepower V8 engine from the Charger and Challenger Hellcat muscle cars into a Jeep Grand Cherokee called the Trackhawk. The company says it's the most powerful and quickest SUV ever built with a scary zero-to-60 mph (97 kilometers per hour) time of 3.5 seconds and a top speed of 180 mph (290 kph). The SUV has brakes to match the engine power made by stopping specialist Brembo.

TOYOTA FT4X CONCEPT: Toyota is aiming at the off-road, camp-in-the-woods crowd with a concept vehicle that likely will take on Jeep and Subaru and target Generation Y city dwellers. The RT4X four-wheel-drive Concept looks like a cross between the old Toyota FJ Cruiser off-road vehicle and a Jeep Renegade small SUV. The company says it's at home in the city but ready to deal with nature. The concept has rear seats that fold flat with a hard plastic easy to wash out cargo area for dogs or dirty camping gear. Its rear hatch opens two ways, horizontally for urban mode and vertically to shield people from the elements when outdoors. No word on when it might come to market, but Toyota needs a vehicle to compete for young people, so look for it soon.

DODGE DEMON SRT CHALLENGER: Dodge has unleashed the Demon. The Fiat Chrysler brand is laying claim to the fastest production car in the U.S. The Demon Challenger is a freaky-fast 840-horsepower gasoline burner. It can go from zero to 60 (97 kilometers per hour) in 2.3 seconds. That beats the Tesla Model S P100D sedan, which hits 60 in 2.5 seconds. Dodge used explosions, burnouts and a small drag strip to roll out the car ahead of the New York International Auto Show press days. The company even brought in Fast and Furious star Vin Diesel for effect. The street-legal Demon also can hit 140 mph while running a quarter mile in 9.65 seconds, about two seconds faster than a typical muscle car. It's available in the fall.

SUBARU ASCENT: The Ascent SUV concept, a three-row people hauler, is supposedly very close to the final product that goes on sale next year. The seven-passenger SUV looks like a big version of Subaru's highly successful Outback wagon. It'll get a turbocharged engine and sporty fender flares. The new vehicle should help Subaru continue its string of annual sales increases. Last year sales rose nearly 6 percent to just under 583,000.

HONDA CLARITY: The Clarity is Honda's "triple play" for those who want a more environmentally-friendly ride. The Clarity fuel cell version is already available for lease in California. It has a range up to 366 miles, which helps considering hydrogen fueling stations aren't yet plentiful. The all-electric and plug-in hybrid versions debuted at the New York auto show. Both seat five adults. The electric version can charge in 3 hours, but the 111-mile combined city and highway range seems pedestrian. The hybrid, with an electric motor and 4-cylinder gas engine, has an anticipated overall range of over 330 miles.

TOYOTA SIENNA: Toyota wants car buyers to associate the Sienna with "swagger." But it's a minivan, where safety counts, and the safety upgrades are the most notable touches in the refreshed 2018 version. All Siennas will now have standard automatic emergency braking and a lane departure system that steers the van back into its lane. The safety system also has pedestrian detection.

HYUNDAI SONATA: Once the style leader in the midsize car category, the Sonata gets a complete makeover for the 2018 model year. The new version gets updated sheet metal on the front, side and rear with a lower, more athletic profile, a new grille and slim tail lights. Hyundai says it improved the ride and handling with a new chassis. It's also quieter than the outgoing version. The sportiest version gets a 245-horsepower 2.0-liter turbocharged engine with a new eight-speed automatic transmission.

LINCOLN NAVIGATOR: Ford gives the new Lincoln Navigator an all-aluminum body and the big luxury SUV sheds 200 pounds. The look is more subtle elegance, designed to attract buyers from the more showy Cadillac Escalade. The gull-wing doors that were an eye-catching feature of the concept Navigator are gone from the production vehicle. The new Navigator gets a 3.5-liter twin-turbo V6 that puts out 450 horsepower. It seats seven or eight and is due out late this year. Matthew McConaughey won't unveil the SUV this year, but he'll still be featured in Navigator commercials.

BUICK ENCLAVE: It sits lower and has a longer wheelbase than its predecessor, yet the Buick Enclave people-hauling SUV is more maneuverable. General Motors has given the seven-passenger midsize utility more third-row seating space, improved towing capacity and a tighter turning radius than the outgoing model. A 3.6-Liter, 302 horsepower V6 engine and a nine-speed automatic transmission are standard. The motor shuts off at red lights to conserve fuel and instantly restarts when the light turns green. Outside it has a sleeker look and is more aerodynamic than its predecessor. 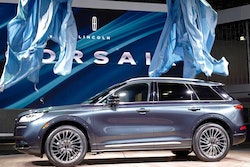 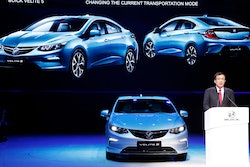 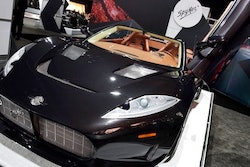 Luxury at the NY Auto Show 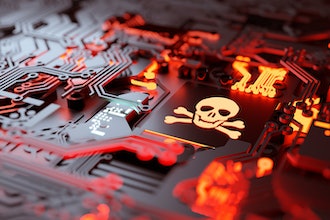