This is not the first accident involving a semi-autonomous car.

Associated Press
A self-driving Uber SUV rolled onto it’s side after a collision in Tempe, AZ.
Mark Beach via @FrescoNews

There were no serious injuries reported in the incident in Tempe, Arizona on Friday night. Police said the self-driving Uber SUV was obeying the law while the human driver of the other car was cited for a moving violation.

Uber says it is investigating the incident and that there were no passengers in the back seat of the self-driving car.

Multiple automakers and technology companies are testing fleets of self-driving vehicles. In nearly all cases, the cars have backup drivers who can take the wheel in an emergency.

This is not the first accident involving a semi-autonomous car. Last year, a Tesla driver was killed with the car's Autopilot system engaged. 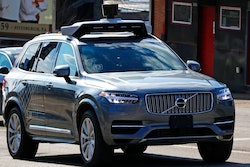 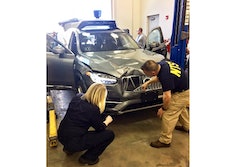 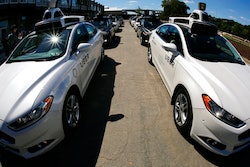