The carry-on luggage-sized module was launched aboard SpaceX's Dragon spacecraft.

Lori Keesey
This image shows the Defense Department's experiment pallet, STP-H5, hanging at the end of Canada's robotic arm during installation on the outside of the International Space Station.
NASA

A hybrid computing system developed at NASA's Goddard Space Flight Center in Greenbelt, Maryland, is the enabling technology behind an ambitious experiment testing a relative navigation and autonomous docking capability known as Raven.

Developed by the Satellite Servicing Projects Division, or SSPD, the carry-on luggage-sized module was launched February 19 aboard SpaceX's Dragon spacecraft, along with other experiments deployed outside the International Space Station on an experiment pallet.

Raven is testing and maturing visible, infrared and lidar sensors and machine-vision algorithms; the module will bring NASA one step closer to realizing the groundbreaking autopilot capability that can be applied to many NASA missions for decades to come.

Since NASA's pre-Apollo days, the agency has successfully docked spacecraft while they speed through space. However, all operations involved humans who orchestrated the movements from the ground. Raven's objective is to develop and mature technologies that ultimately will relieve human dependency and give spacecraft the ability to catch up with one another and dock autonomously in real time.

"The Raven module is equipped with technology that lays the foundation for a relative navigation system," said Goddard Director Christopher Scolese. "What some may not fully appreciate is the fact that Raven's sensors could not do their job if it weren't for another very effective technology called SpaceCube. The SpaceCube processor is the behind-the-scenes technology that is making this important demonstration possible."

SpaceCube is a reconfigurable, very fast flight computing platform that Goddard technologists first demonstrated during a relative navigation experiment on the Hubble Servicing Mission-4 in 2009. During the Raven experiment, the module's "sensors serve as the eyes. SpaceCube acts as the brain, analyzing data and telling components what to do," said Ben Reed, deputy division director of SSPD. The "eyes" and the "brain" together create the autopilot capability.

Since its initial development, SpaceCube has evolved into a family of flight computers all distinguished by their computing speed, which is 10 to 100 times faster than the commonly used spaceflight processor -- the RAD750. Though the RAD750 is immune to the adverse effects of radiation, it is slow and many generations behind the computing speed of commercial processors.

SpaceCube processors achieve their data-crunching prowess because Goddard technologists married radiation-tolerant integrated circuits, which are programmed to execute specific computing jobs simultaneously, with algorithms that detect and fix radiation-induced upsets in collected data. Consequently, these hybrid systems are nearly as reliable as the RAD750, yet orders-of-magnitude faster, capable of executing complex computations once limited to ground-based systems.

During its two-year stay on the space station, Raven will sense incoming and outgoing visiting space station spacecraft, feeding the data it "sees" to SpaceCube 2.0, one in the family of SpaceCube products. SpaceCube then runs a set of pose algorithms, or a set of instructions, to gauge the relative distance between Raven and the spacecraft it is tracking.

Then, based on these calculations, SpaceCube 2.0 autonomously sends commands that swivel the Raven module on its gimbal or pointing system to keep the sensors trained on the vehicle, while continuing to track it. While all this is transpiring, NASA operators on the ground monitor Raven's technologies, paying close attention to how they function as a system and making necessary adjustments to increase Raven's tracking abilities.

"Tracking spacecraft with this system is only possible because we have SpaceCube," said SSPD Avionics Technology Lead and SpaceCube Lead Engineer David Petrick, who has won prestigious awards for his work on the processor. "This type of operation requires fast computing."

Raven's foundational technologies will be applied to future missions. For example, Restore-L, which also will use SpaceCube 2.0, will rendezvous with, grasp, refuel and relocate Landsat 7 when it launches in 2020.

SpaceCube 2.0, however, isn't the only processor now at work on the space station's external experiment pallet sponsored by the Department of Defense's Space Technology Program.

SpaceCube 1.0 is being used as the communication interface between the space station's data services and multiple experiments on the pallet. In addition, a miniaturized version of SpaceCube 2.0 -- the SpaceCube Mini -- is operating two NASA and U.S. Defense Department experiments. NASA also is testing two other miniature computers, developed with the University of Florida. These models are mostly equipped with commercial parts. 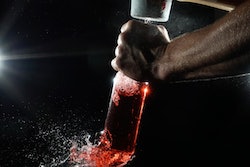 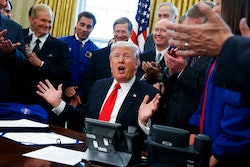 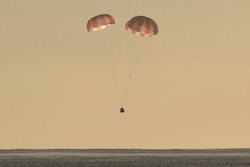