Google's Next Step Toward Your Backup Brain

Google continues quest to make a secondary brain that anticipates your needs and desires.

SAN FRANCISCO (AP) — Google wants to make it easier for you to find answers and recommendations on smartphones without having to think about what to ask its search engine.

Its new feature, called "shortcuts," will appear as a row of icons below the Google search box. Where now you'd have to ponder and then speak or type a request, the shortcuts will let you tap the icons to get the latest weather, movie showtimes, sports scores, restaurant recommendations and other common requests.

The shortcuts will begin appearing Tuesday in updates to Google's app for iPhones, Android phones and its mobile website. The Android app will also include various tools such as a currency converter, a language translator and an ATM locator, which you can also summon with a tap. Those tools may eventually make it to the iPhone as well, although Google says it doesn't know when.

These shortcuts are the latest step in Google's quest to turn its search engine into a secondary brain that anticipates people's needs and desires. The search engine gleans these insights by analyzing your past requests and, when you allow it, tracking your location, a practice that periodically raises privacy concerns about Google's power to create digital profiles of its users.

Based on the knowledge that Google already has accumulated, its shortcuts feature may already list your favorite sports teams or recommend nearby restaurants serving cuisines you prefer.

Shortcuts also show how Google's search engine has been adapting to its audience, now that smartphones have become the primary way millions or of people stay connected to the internet.

Since more than half of requests for Google's search engine now come from smartphones, the Mountain View, California, company has adapted its services to smaller screens, touch keyboards and apps instead of websites.

Early in that process, Google tweaked its search engine to answer many requests with factual summaries at the top of its results page, a change from simply displaying a list of links to other websites. Voice-recognition technology also allows you to speak your request into a phone instead of typing it.

The transition is going well so far. Google's revenue rose 20 percent last year to $89 billion, propelled by digital ads served up on its search engine, YouTube and Gmail. Although shortcuts won't initially show ads after you tap them, Google typically sells marketing space if a feature or service becomes popular. 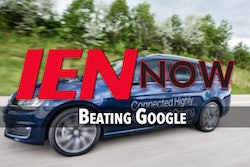