It is no longer enough for a basketball team to know how many shots a player makes.

Jimmy Golen
Jeremias Engelmann takes the ball to the hoop while wearing a Catapult monitoring system compression vest in a basketball game Friday, March 3, 2017, in Cambridge, Mass. Athlete trackers are being used by hundreds of teams in dozens of sports helping coaches plan their practices, make substitutions in games and decide when a player is ready to return from an injury by accumulating biometric and positioning data collected from the trackers.
AP Photo/Stephan Savoia

CAMBRIDGE, Mass. (AP) — It is no longer enough for a basketball team to know how many shots a player makes, or even where he was standing when he made it.

Sports data is going biometric (view photos in gallery), tracking players' heart rates, movements and energy levels to get a better picture of what's going on inside their bodies as they run, jump and even sit on the bench. And, device-makers say, the technology can help coaches decide who needs a rest, who needs more work, or who might be most at risk for injury.

"Do you have eyes on every single athlete, every single session?" said Calvin Torres, a sports scientist with the tracker and data company Catapult, who's heard all the complaints from old-time coaches who insist that they can do the same thing with their eyes and their instincts. "If you put a monitor on them, you do."

Catapult is already working with 16 NFL teams, 15 in the NBA and four in the NHL, along with more than a thousand in high school, college, national and pro teams in dozens of countries and sports from rowing to rugby and badminton to bandy.

The company had a booth set up this week at the MIT Sloan Sports Analytics Conference, an annual gathering for those trying to use math and technology to reshape the way games have been played for a century. The conference attracts 3,500 people — many of them math-savvy students trying to break into sports or simply learn about the latest innovations from panelists such as NBA commissioner Adam Silver or data journalism pioneer Nate Silver.

A day before the two-day conference opened on Friday, Catapult wired up a handful of reporters at MIT's Rockwell Cage, a typical Division III gym with pullout bleachers and the engineering school's mascot of a fierce Beaver decorating center court. On the other side of a curtain pulled across the middle of the gym, MIT students practiced badminton and archery.

After arriving, the reporters were fitted with a harness that was too short to be a tank top but a bit longer than the Seinfeldian "mansiere." In the back at the neck is a pocket for the actual tracker, which is about two inches square.

The devices detected movement and effort and broke it down into four different load levels. P1 and P2 were perhaps best characterized as walking and jogging; a full-out sprint put you in P3. No one in the group recorded any of the most extreme kind of effort, or P4.

"That's a tough band to get into," Torres said.

According to Torres, an NBA practice — the league doesn't allow players to wear them during games — would hit a total load of 800-1,000. The numbers are broken down by intensity and also tracked to see variation as the session goes on.

Torres said those numbers have a lot of potential. If a coach sees a player's load decrease at the end of practice, he might need rest, he might need more work to build up his conditioning or he might be hampered by a small problem that could become a serious injury.

"Each team is different, because each coach is different," Torres said. "Knowing how to apply the data makes the average user a really good user. 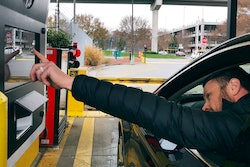 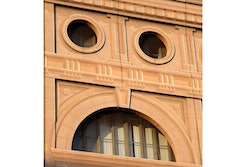