The mission follows the Dec. 1 botched launch of the previous ship.

MOSCOW (AP) — An unmanned Russian cargo ship lifted off successfully Wednesday on a supply mission to the International Space Station.

A Soyuz-U booster rocket carrying the Progress MS-05 spacecraft blasted off as scheduled at 11:58 a.m. (0558 GMT) from the Russian-leased Baikonur launch complex in Kazakhstan.

The mission follows the Dec. 1 botched launch of the previous Progress ship, which crashed less than seven minutes after liftoff, spraying fiery debris over a sparsely populated area in southern Siberia near the border with Mongolia.

An official Russian investigation concluded that the failed launch was caused by a manufacturing flaw in the Soyuz booster's third-stage engine.

Prior to Wednesday's launch, space officials ran rigorous checks of the engines already built and conducted a comprehensive scrutiny of manufacturing facilities.

The launch went ahead without a hitch and the spacecraft entered a designated preliminary orbit en route to the space outpost. It's set to dock at the station Friday.

A Dragon supply ship launched Sunday by SpaceX is also set to arrive at the station this week. NASA said the Dragon spacecraft has waved off Wednesday's docking, adding that the Mission Control Center in Houston is evaluating the next attempt for rendezvous. 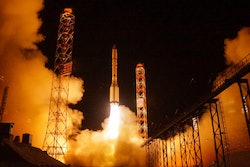 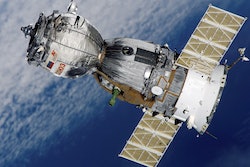 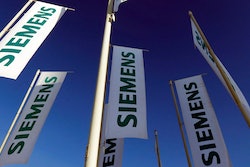