This new lab aims to close a critical gap in getting clean-energy technologies from idea to prototype. 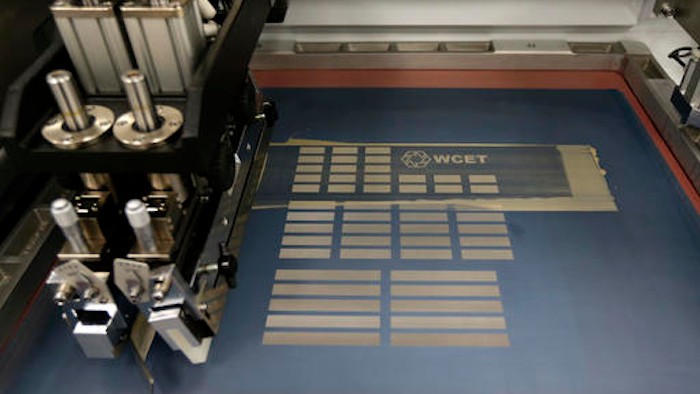 SEATTLE (AP) — The paint has barely dried on the walls at Washington Clean Energy Testbeds, but already academic researchers and startups are lining up to use the state-of-the-art facility to help speed development of their clean energy innovations (view photos in gallery).

The new lab, which opens Thursday in Seattle, aims to close a critical gap in getting clean-energy technologies from idea to prototype: It's providing researchers and entrepreneurs with space to test out and scale up their designs — and ideally bring them to market faster.

Everyone from students to industry startups to government researchers are invited to validate designs at the state-funded, 15,000-square foot space at the University of Washington's Clean Energy Institute.

Users can rent time, lab space or technical expertise to test batteries for electric vehicles, fabricate materials for solar cells or experiment with other devices, software or systems.

"What it's doing is leveraging all of what we have going on campus in individual people's labs and lets them take a discovery from the laboratory and turn it into a scaled product or service," said Daniel Schwartz, a UW chemical engineering professor.

Schwartz directs the institute, which was formed in 2013 with $6 million in state money to advance next-generation technology for energy storage and solar power. Gov. Jay Inslee and state lawmakers later approved $8 million more to create the testbeds facility.

Inslee, who backs clean energy technologies as a way to save energy, provide jobs and reduce emissions, and UW President Ana Mari Cauce are among those unveiling the facility at an event Thursday.

Already signed up to use the new facility is Battery Informatics Inc., a startup founded by current and former University of Washington students and faculty.

The six-person venture is leasing lab and office space and plans to make use of expensive equipment — located in one place — that they otherwise wouldn't buy on their own. They're also excited about rubbing shoulders with others doing similar cutting-edge research related to batteries.

"It'll really help us do more tests to convince our customers that we have legitimate technology," said Matt Murbach, co-founder of Battery Informatics, which is developing a system to improve the way lithium-ion batteries are operated. The group has developed two prototypes. The next step is to validate them.

UW professors Venkat Subramanian and Jihui Yang also plan to use the equipment and lab in their work with a U.S. Department of Energy consortium led by Pacific Northwest National Laboratory in Richland.

The five-year, $10 million Battery500 program is trying to develop a battery for electric vehicles that is smaller, lighter and less expensive to manufacture than what's available today.

A researcher typically would have to write a proposal and get on a waiting list to use such state-of-the-art equipment, said Yang, a materials science and engineering professor.

"Now, you're talking about hours. Our equipment, you plug it in and we get the data," Yang said, pointing to a device that allows users to look inside a battery to analyze the chemical or material changes and figure out, for example, why it failed.

Others are planning to use lab equipment to test ways to print paper-thin, flexible solar cells that are lighter and use less energy to produce than traditional panels.

Cells that could be printed, much like newspapers, would make them more affordable and more available, while creating less waste, said J. Devin MacKenzie, who directs Washington Clean Energy Testbeds.

Some of the equipment at the lab will allow people to try out 10 different designs to see if they work and make a scaled-up version.

"This would take an hour to go from a new design to printing something structurally," MacKenzie said.