Sandia Gets $2.6B Contract 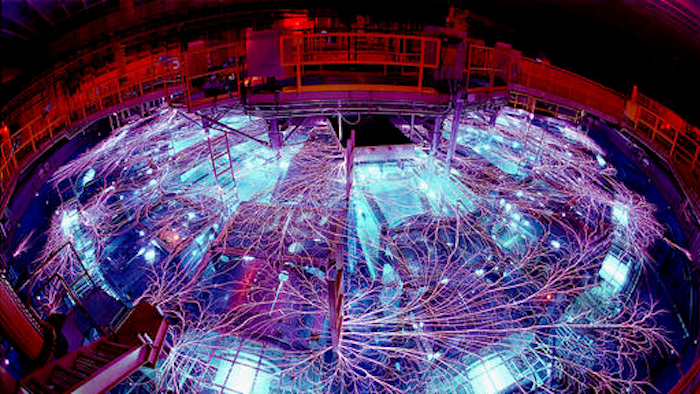 ALBUQUERQUE, N.M. (AP) — A subsidiary of Honeywell International has won a contract worth $2.6 billion to manage the New Mexico-based Sandia National Laboratories weapons and research laboratory that specializes in national security, nuclear weapons and other projects deemed vital for the U.S., federal officials announced Friday.

Bidding began earlier this year, marking the first time in years that there was any competition for the lucrative contract. Lockheed Martin has operated Sandia, located in Albuquerque, for the past two decades and was among bidders that lost out to Honeywell.

Besides Lockheed Martin, losing bidders included Boeing Co. and a team of higher education institutions made up the University of New Mexico, the University of Texas and Texas A&M University. There's still an opportunity for the schools to play a role given their membership in the University Research Association.

The current contract expires April 30. There will be a four-month transition period that officials said will provide stability for the laboratory's thousands of employees and operations.

The lab's director told employees Friday in an email that there will be changes in the leadership team but that officials are committed to making the transition seamless.

"We ask that you continue the remarkable job you have done at staying focused on your work and the health and safety of yourselves and your colleagues. It is our phenomenal workforce that makes Sandia special," Jill Hruby wrote.

The Energy Department first announced its intention to put the contract up for bid in 2011. A series of extensions followed, including one in 2014 as federal officials conducted a review of management at Sandia, Los Alamos and its other defense laboratory in Livermore, California.

A report from the Energy Department's Office of Inspector General in 2014 found that Lockheed Martin used taxpayer money in lobbying for its no-bid contract extension several years ago. Lockheed Martin and its subsidiary, Sandia Corp., paid a $4.8 million fine.

With an annual budget of close to $3 billion, Sandia is one of the Albuquerque area's largest employers with more than 10,500 workers. Most are based in Albuquerque, but Sandia also operates sites at Livermore and testing facilities in Nevada and Hawaii.

Its Albuquerque campus spans more than 21 square miles and a recent report by a coalition of local governments found that Sandia's partnership with private organizations through a science and technology park has generated more than $315 million in economic impact across the state over two years.

The bulk of work at Sandia Labs centers on the research, development and maintenance of nuclear weapons but scientists there also have worked on energy and climate projects.

Federal officials have said previously that most staff and day-to-day operations at Sandia would be largely unaffected if Lockheed Martin lost the contract.

Low concentrations could be identified from acid mine drainage and other waste sources.
Sep 20th, 2021