Mylan's long-promised generic alternative is expected to still generate millions of dollars in revenue for the drugmaker while also protecting its market share. 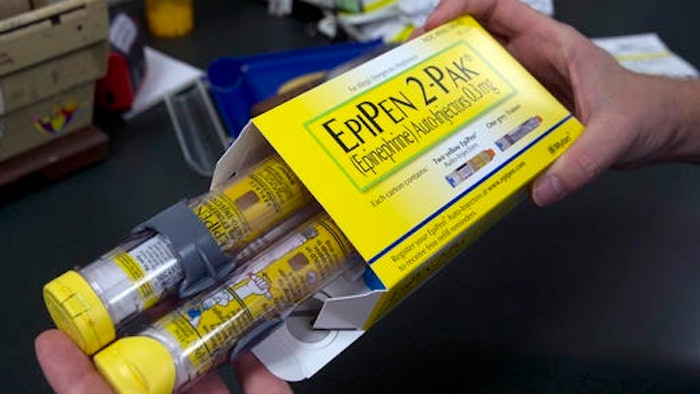 Drugmaker Mylan has started selling a generic version of its emergency allergy treatment EpiPen at half the price of the branded option, the cost of which drew national scorn and attracted Congressional inquiries.

The launch of Mylan's long-promised generic alternative is expected to still generate millions of dollars in revenue for the drugmaker while also protecting its market share against current and future competition.

The list price of an EpiPen two-pack, which is stocked by schools and parents of children with severe allergies, has grown to $608, an increase of more than 500 percent since 2007.

Earlier this year, a Congressional panel grilled Mylan CEO Heather Bresch about the soaring cost, which she has blamed in part on an outdated and complex system for pricing drugs.

Shares of the drugmaker climbed 1.5 percent, or 57 cents, to $38.33 in premarket trading before markets opened Friday.