The investigation started after a string of suspicious packages started trickling through customs. 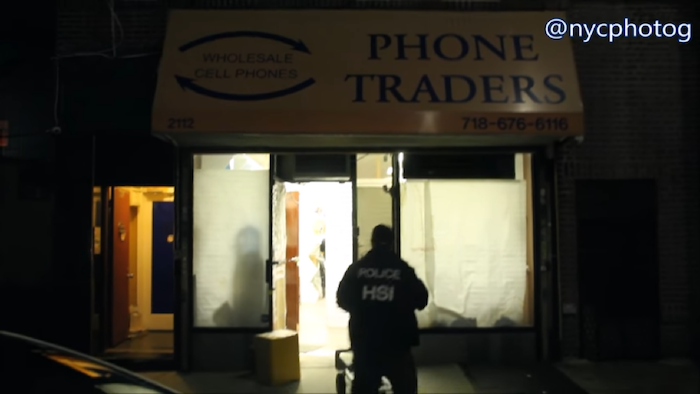 Police raided two warehouses in Brooklyn that yielded the seizure of more than $10 million worth of counterfeit electronics.
@nycphotog

NEW YORK (AP) — Police in New York City raided two warehouses in Brooklyn that yielded three arrests and the seizure of more than $10 million worth of counterfeit electronics.

Authorities say Thursday night's bust was the culmination of a nine-month investigation launched in response to a string of suspicious packages that started trickling through customs at John F. Kennedy International Airport.

Police and federal agents with Homeland Security Investigations and U.S. Customs recovered 31,000 fake Apple and Samsung phones from the two buildings, along with $71,000 in cash.

Three men — ages 23, 24 and 27 — were taken into police custody and charges are pending. The identities of the suspects haven't been released.