It marks a major milestone towards greater vehicle electrification of the transit bus market. 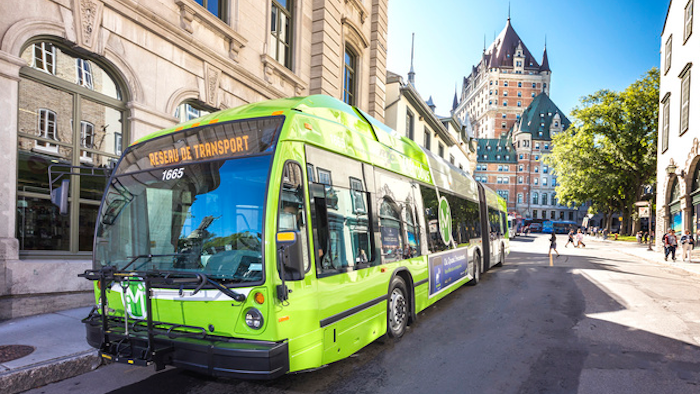 Today, BAE Systems celebrated its 7,000th delivery of a series hybrid-electric system for buses by meeting orders from a transit agency in Canada.

The delivery marks a major milestone towards greater vehicle electrification of the transit bus market.

Réseau de transport de la Capitale (RTC) in Quebec has, for instance, a goal to operate a fully electric fleet and is using hybrid technology as a bridge to all-electric buses. In order to help RTC reach its goal, the 7,000th system was delivered to manufacturer Nova Bus to meet RTC bus orders.

To date, RTC has received more than 50 40-foot and 60-foot articulated buses powered by BAE Systems’ electric power and drive systems, and it is continuing to receive hybrid-electric powered buses to help reach its clean air goals.

RTC and many heavily populated cities use the longer, 60-foot articulated bus, which joins an extra 20-foot section to a 40-foot bus, to accommodate more passengers during peak periods.

The Series-E system enables transit agencies, as well as maintenance and training staff, to transition to electric systems from their known mechanical systems and diesel power.

With 7,000 HybriDrive propulsion systems operating around the world, more than 1 billion passengers are helping to save 15 million gallons of fuel each year while eliminating 160,000 tons of CO2 from entering the atmosphere.