Changing Environment is Opening the Arctic

Will ice melt heat up naval operations in Arctic Ocean?

Bob Freeman
Researchers prepare to drop a buoy into the Arctic Ocean. Scientists sponsored by the Office of Naval Research have traveled to the region to study the changing environment-and provide new tools to help the US Navy operate in a once-inaccessible area.
Jim Thomson, University of Washington/Applied Physics Laboratory

As diminishing sea ice in the Arctic Ocean expands navigable waters, scientists sponsored by the Office of Naval Research (ONR) have traveled to the region to study the changing environment--and provide new tools to help the U.S. Navy operate in a once-inaccessible area.

"This changing environment is opening the Arctic for expanded maritime and naval activity," said Rear Adm. Mat Winter, chief of naval research. "Developing a deeper understanding and knowledge of this environment is essential for reliable weather and ice predictions to ensure the safety of future scientific and operational activities in the region."

A recent announcement from the National Snow and Ice Data Center revealed that 2016's sea ice minimum--the annual measurement of when sea ice hits its lowest point-- tied with 2007 for the second-lowest ice minimum since satellite monitoring began in the 1970s. The lowest minimum ever occurred in 2012.

Scientists measured the strength and intensity of waves and swells moving through the weakened Arctic sea ice. The accumulated data will be used to develop more accurate computer models and prediction methods to forecast ice, ocean and weather conditions.

CANAPE researchers used sophisticated oceanographic and acoustic sensors to gauge temperature, salinity, ice and ambient noise conditions under the surface of the ice and water--factors that can dramatically impact the effectiveness of sonar operations and antisubmarine warfare.

Because of its thick shield of sea ice, the Arctic historically has had limited naval strategic relevance beyond submarine operations. But as this frozen cover changes, it is opening new commercial shipping lanes; increasing oil and natural gas exploration, fishing and tourism; and raising potential new security concerns. It also may create new requirements for the Navy's surface fleet.

"Having accurate forecasting models will help the Navy determine what types of surface vessels it will need to build in the near future and 30 years from now, to withstand the climate conditions," said Dr. Scott Harper, an ONR program officer overseeing the Marginal Ice Zone and Waves and Sea State research. "That way, the Navy can operate as safely and effectively in the Arctic as it does throughout the rest of the world." 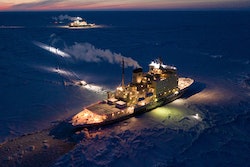 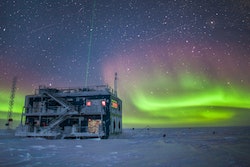 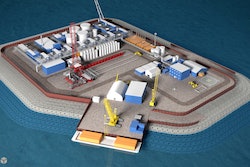