The icebreaker set a record by going farther north under its own power than any other ship so early in the year.

BERLIN (AP) — A Russian icebreaker has made a successful supply run to exchange crew and deliver goods to an international expedition that's been adrift in the high Arctic for months trying to improve scientific understanding of climate change.

Germany's Alfred Wegener Institute said Monday that the Kapitan Dranitsyn approached its own icebreaker RV Polarstern on Friday and spent all weekend ferrying people and supplies between the ships by foot and snowmobile.

The institute said the Dranitsyn set a record by going farther north under its own power than any other ship so early in the year.

Two days before the rendezvous, the Polarstern achieved its own record by drifting to within 156 kilometers (97 miles) of the North Pole, the farthest north a ship has ventured during the Arctic winter.

The 140-million euro ($158 million) expedition required the Polarstern anchor to an ice floe last fall and allow the polar drift to carry it to the far north, a region that's normally inaccessible during the coldest months of the year.

Researchers from 20 countries including the United States, Britain, Russia and China have been using the ship as a base camp to conduct measurements and experiments they hope will boost the scientific models that underpin their understanding of climate change.

Melinda Webster, a sea ice geophysicist at the University of Alaska, Fairbanks, who is scheduled to join the expedition in late March, said she plans to measure how the shift from Arctic winter to spring affects the way ice absorbs sunlight. This will help climate scientists understand how much solar energy the planet's polar caps can reflect, and how this will change as the extent of sea ice coverage in the Arctic diminishes.

"We know that the Arctic is changing dramatically," said Webster. Keeping up with those changes gives scientists a baseline from which to predict how global warming will affect the rest of the planet, she said.

The latest shift change on Polarstern was a logistical challenge, occurring at a time when the Arctic is still dark for most of the day and the sea ice is at its thickest.

After the Dranitsyn smashed its way through the frozen sea to a rendezvous point a safe 1 kilometers (0.62 miles) from Polarstern, the crews had to use special heated containers to prevent fresh fruit and vegetables from freezing in wind-chill temperatures as low as -58 degrees Celsius (-72.4 Fahrenheit).

The supplies will be welcomed by the roughly 100 people on board the Polarstern, who munched their way through about 8,100 eggs, 1,360 kilograms (3,000 pounds) of potatoes and 86 jars of Nutella during the second leg of the expedition lasting about 10 weeks.

When Webster arrives toward the end of March, the shift change should take place by plane rather than ship, as there will be sufficient light to land on a makeshift airstrip on the ice.

"It will be much faster, hopefully," said Webster. However, incoming teams now have an additional challenge: making sure they don't take the new virus currently spreading around the planet to a place that's been safely insulated from the outbreak so far.

“We have to take additional tests to make sure we're not taking the virus to the ship,” said Webster. “It's a big concern for a lot of folks right now.” 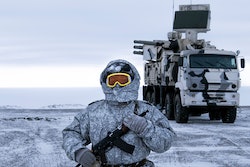 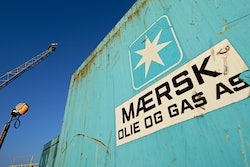 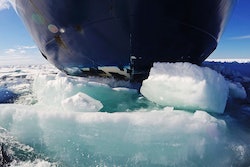