Old Ways Are Out as Hyundai Bets on Digital Tech

Once-regimented, uniformed employees now can dress down in jeans and sneakers and fetch lunch whenever they want. 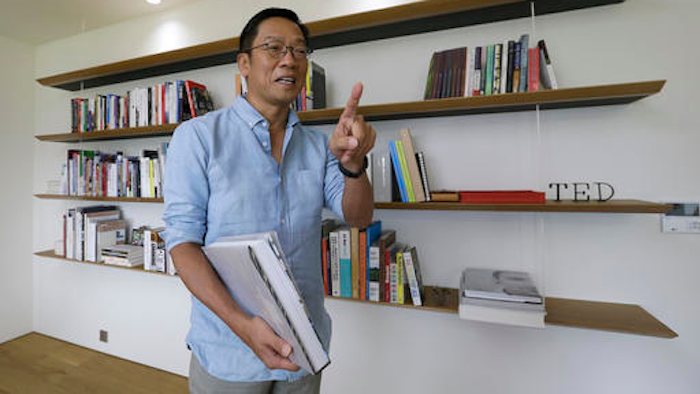 In this Aug. 3, 2016 photo, Hyundai Card CEO Ted Chung gestures while speaking during an interview at his office in Seoul, South Korea. Chung, 56, is a maverick among South Korea’s aloof, conservative business elites, whose corporate empires, or chaebol, dominate Asia’s fourth-largest economy. Chung is changing his company’s culture as he pushes digital advances he says are vital for its survival.
AP Photo/Ahn Young-joon

Chung, 56, has been sharing his thoughts on social media for years. He's banned the often overused practice in South Korea of working overtime to compile elaborate PowerPoint presentations. His once-regimented, uniformed employees now can dress down in jeans and sneakers and fetch lunch whenever they want.

Such practices may not be unusual in Silicon Valley, but they're nearly revolutionary in South Korea, where many companies still send their new hires to military-style boot camps and top-down corporate management styles are the norm.

Hyundai Card is the financial unit of Hyundai Motor Group, the world's fifth-largest automaker. It ranks fourth in South Korea's credit card industry by sales and profit but its outreach to young, trend-conscious consumers exceeds bigger rivals in some ways — recent projects include a vinyl record shop and a music library in Seoul.

Hyundai Card was run in the typically militaristic South Korean style when Chung took over in 2003. It took years for him to restore the company's profitability. In the past year, he's been working to make Hyundai Card a "digital company." Hyundai Card is putting $30 million a year, or 15 percent of its annual operating income, into the new initiative.

The Associated Press recently spoke with Chung about his company's plans to launch a search engine service to offer personalized recommendations of restaurants, exhibitions, concerts or travels based on users' spending habits. Chung spoke in Korean, and his answers have been edited for clarity and length.

Q: Why are you changing the corporate culture at Hyundai Card?

A: I had not realized our employees were spending so much time on PowerPoints. But this wasteful practice always topped the list of complaints in employee surveys. So we banned it. Our corporate culture is being optimized to attract and retain the talent that we need. How can we attract the people best suited for our company's digitalization effort? If we have fixed lunch breaks and commuting times and everyone dresses in a suit and a tie, can we ask programmers to join us? If we only value seniority and not personal talent, promoting everyone every five years, can we find the right people? It's natural for our corporate culture to change this way.

Q: Why is Hyundai Card trying to become a digital company? What does that mean and how would that change customers' lives?

A: We are doing this because the technologies are available. Five years ago, we would not have been able to go digital even if we wanted to. This will enable us to offer much more personalized and customized services in a timely manner. In the past, if someone went to an Italian restaurant, the best we could do is offer them a discount at another restaurant. Now, using an algorithm, we can determine more about their behavior and give more timely, meaningful suggestions.

This is a matter of whether this company can survive the coming 10 years or not. It will give us the muscles for survival. If we just sit and adjust interest rates like in the past, we and the industry will fail.

Q. What is the difference between Hyundai Card's digital strategy and those of your rivals? How much are you investing in digital technology?

A. Other companies focus a lot on big data but I'm skeptical about that. What do you do with big data? With a strong algorithm, you can create data. If you know which movies and music a person likes, you can predict what type of fashion the person likes.

The investment is at full scale. We have created five non-profit departments, including the algorithm lab, a search engine team and a digital payments team. We hired more than 150 people and we still need to hire more.

Q. Some people think that you are freer to run the company the way you like than some other South Korean CEOs because you are a son-in-law of Chung Mong-koo, Hyundai Motor's chairman. Do you think that is a fair judgment?

A. Many people may think that way but it's not true. Everyone feels pressure and it has never made my life easy.

Q. Could you also be fired if this investment in digital goes awry?

A. Absolutely. Nevertheless we have to do it. This is a matter of whether we will be the dinosaur facing extinction or survive and adjust to a new era.

Q. Many people think that you stand out compared with other, tight-lipped South Korean CEOs. Is this true?

A. I believe in my position. More CEOs should stand up and clearly say what they think. CEOs in South Korea or other Asian countries tend to stay quietly behind the scenes, and I'm not sure that is the right attitude either for markets or for shareholders. People want to hear from them. CEOs in Asia should learn from CEOs in the West. But they worry too much about making mistakes, especially slips of the tongue. In South Korea, people do not praise any gains but they criticize mistakes. Penalties for mistakes are severe while appreciation for individuals is weak.