WEST LAFAYETTE, Ind. - Wind turbines are known to kill large birds, such as golden eagles, that live nearby. Now there is evidence that birds from up to hundreds of miles away make up a significant portion of the raptors that are killed at these wind energy fields.

Using DNA from tissue and stable isotopes from the feathers of golden eagle carcasses, researchers from Purdue University and the U.S. Geological Survey found that golden eagles killed at the Altamont Pass Wind Resource Area in northern California can come from hundreds of miles away. Golden eagles are a species of conservation concern, so understanding population-level differences and how individuals interact with turbines is key to meeting a U.S. Fish and Wildlife Service target of no net loss to their populations.

The APWRA is one of the oldest wind farms in the country and one of the largest in the world originally with around 5,000 turbines. Worldwide, such facilities have been responsible for the deaths of 140,000 to 328,000 birds and 500,000 to 1.6 million bats, raising questions about their effects on population sustainability.

"Eagles tend to use that habitat around the turbines. It's windy there, so they can save energy and soar, and their preferred prey, California ground squirrels, is abundant there," said J. Andrew DeWoody, a Purdue professor of genetics in the Department of Forestry and Natural Resources. "As they soar, these eagles are often looking straight down, and they fail to see the rapidly moving turbine blades. They get hit by the blades, and carcasses are found on the ground under the turbines."

Collaborator David Nelson, a stable isotope ecologist with the University of Maryland Center for Environmental Science, tested the birds' feathers for stable hydrogen isotopes, which can be used to determine where the birds likely grew their feathers. The research team determined that about 75 percent of the 62 birds were from the local population. The remaining 25 percent likely migrated into the area before they were killed.

Isotopes are atoms of an element that have different molecular weights. As precipitation moves inland, water with the heavier form of hydrogen falls out first, which creates predictable patterns of the stable isotopes ratios of precipitation across continents.

"When a bird drinks water or eats animals in a particular place, the hydrogen isotope ratios of precipitation in that area get recorded in its tissues," Nelson said. "You can use these hydrogen ratios in the feathers to determine the approximate place that the bird grew its feathers."

A genetic analysis revealed that golden eagles from the western U.S. have gene pools similar to those killed at the APWRA, which reflects the capacity of these birds to disperse widely.

"The population models we built confirm that the age structure of the eagles killed at Altamont is difficult to replicate without substantial immigration," said co-author Todd Katzner, a wildlife biologist with the USGS. Katzner said these findings suggest that environmental assessments of alternative energy facilities like Altamont Pass should take into consideration that animal populations affected by wind turbines might not be just local.

"If you only consider local birds in an environmental assessment, you're not really evaluating the effect that facility may have on the entire population," Katzner said.

DeWoody said that wind energy generators can receive permits that allow a certain number of unintended bird deaths. But if that number is too large, the companies could be fined. And knowing that a large percentage of the birds killed are from neighboring states could muddy the management waters.

"The golden eagle fatalities at this one site have demonstrated consequences that extend across much of the range of the species across North America," DeWoody said.

The golden eagle population is a concern for several state and federal agencies, DeWoody added. He said future research could include looking at more bird species affected by turbines.

The study was published in Conservation Biology on Sept. 28. 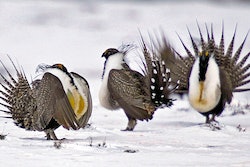 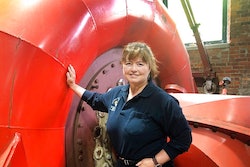