A long-serving DSCS satellite takes over new role of linking Antarctic researchers to the world. 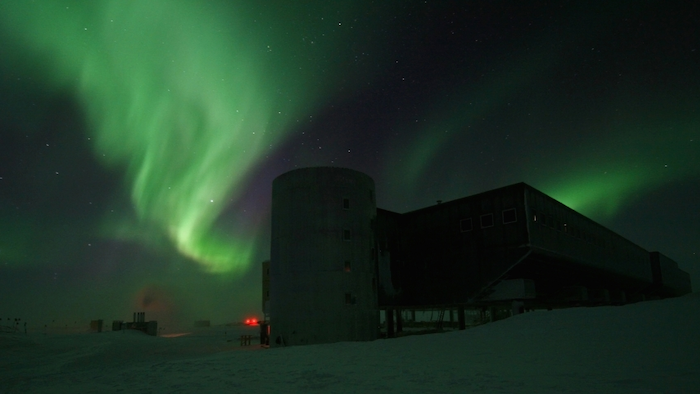 CHRIST CHURCH, New Zealand, Oct. 11, 2016 – Nearly 21 years after its launch, a Lockheed Martin-built satellite within the Defense Satellite Communications System (DSCS) recently turned its attention to a new mission—supporting the National Science Foundation (NSF)’s Amundsen-Scott Station at the South Pole, where communicating with the rest of the world has always been a challenge.

Amundsen-Scott Station’s location at 90 degrees south, right at the South Pole, makes communications with the remote science station difficult. Even for orbiting satellites, the extreme geographic latitude makes maintaining continuous communication links impossible for a station that up to 100 researchers call home. With few other options, periodic connections are still better than none, but the time to upload and download valuable research data and other communications is invaluable.

In June, the U.S. Air Force’s DSCS III B7 satellite took over the role of providing communication and data links between Amundsen-Scott and the U.S. Antarctic Program facility in Christchurch, New Zealand, which serves as the station’s link to the rest of the world. Replacing the NSF’s decommissioning GOES-3 satellite, DSCS III B7 provides the station with Internet access for 3.5 hours a day at speeds of up to 30 megabits per second (MBPS), an upgrade from about 1.5 MBPS they had under GOES.

DSCS III B7 has already begun relaying health and welfare data links to and from the remote facility. In June, the satellite played a key role in relaying telemedicine data leading up to the medical evacuation of two NSF employees in need of additional medical care.

“The DSCS constellation has been a legacy workhorse for the U.S. military's super-high frequency communications,” said Chris Ayres, director of Operations, Sustainment and Logistics at Lockheed Martin Space Systems. “Now operating past twice its design life, it is gratifying to see DSCS III B7 still delivering value, providing significant return on investment by furthering scientific research and providing potentially life-saving communications with a location that is otherwise unreachable.”