Round trip, the spacecraft will travel more than 4 billion miles.

Marcia Dunn
In this Wednesday, Sept. 7, 2016 photo, a United Launch Alliance Atlas V rocket, left, carrying NASA's OSIRIS-REx spacecraft, sits at its launchpad at Cape Canaveral Air Force Station in Florida. The mission, scheduled to launch on Thursday, Sept. 8, is the first U.S. attempt to reach an asteroid return a sample to Earth for study.
NASA/Joel Kowsky via AP

CAPE CANAVERAL, Fla. (AP) — NASA's first asteroid-sampling spacecraft was poised for an evening takeoff Thursday as crowds gathered to witness the start of its seven-year quest.

Osiris-Rex will be aiming for asteroid Bennu, a big, black, roundish rock that is circling the sun in a slightly wider orbit than Earth's. The robotic probe will orbit the ancient asteroid, vacuum up some gravel, then haul the sample back to Earth.

Round trip, the spacecraft will travel more than 4 billion miles. Delivery of the precious asteroid pieces — which may hold clues to the origin of life on Earth — won't be until 2023.

NASA has gone after comet dust and solar wind particles before, but never anything from an asteroid. It promises to be the biggest cosmic haul since the Apollo moon rocks.

The asteroid — about 1,600 feet across — is believed to harbor carbon dating back 4.5 billion years, to the beginning of our solar system. It's a time capsule, therefore, that could help explain how life developed on Earth and, possibly, elsewhere in the solar system.

The University of Arizona at Tucson's Dante Lauretta, principal scientist, took to Twitter on Thursday to celebrate a "magic day when super science mingles with the bright stuff of dreams."

Japan already has visited an asteroid and returned some specks (the mission didn't go quite as planned), and is chasing yet another space rock for even more samples. Osiris-Rex's bounty, however, should surpass that; Lauretta and his team are hoping for at least 60 grams of dust and gravel, or 2 ounces' worth. Ground tests, however, yielded eight times that in a single scoop.

Osiris-Rex will hover over Bennu, according to Lauretta, as the spacecraft's 10-foot mechanical arm touches down like a pogo stick on the surface for three to five seconds. Thrusters will shoot out nitrogen gas to stir up the surface, and the loose particles will be sucked up into the device, vacuum sweeper style. Spacecraft managers call it "the gentle high five." They get just three shots at this, before the nitrogen gas runs out and the effort abandoned.

The team opted for this touch-and-go procedure as opposed to an actual landing to increase the odds of success. Despite extensive observations of Bennu from ground and space telescopes, no one knows exactly what to expect there, and it could be difficult if not impossible to anchor a spacecraft on the surface, Lauretta said.

It will take two years for Osiris-Rex to reach Bennu, with the sampling actually taking place in 2020 after two years of science observations to pick the perfect grab-and-go spot.

More than 8,000 NASA guests descended on Cape Canaveral for the planned 7:05 p.m. liftoff, including the schoolboy who named the asteroid. Mike Puzio of Greensboro, North Carolina, won a naming contest in 2013. Now 12 years old and a seventh-grader, he can't wait to see his first up-close rocket launch.

"Pretty excited about it," the boy said in a phone interview Thursday morning.

"He's talked about it for weeks," added Dr. Larry Puzio, his pediatrician dad.

The name Bennu comes from the heron of Egyptian mythology. Mike thought Osiris-Rex looked like a bird, with its twin solar wings and 10-foot robotic arm outstretched for a sample grab. And with the spacecraft named after the Egyptian god Osiris, Bennu was an obvious choice, he said.

Osiris-Rex is also a NASA acronym for Origins, Spectral Interpretation, Resource Identification, Security-Regolith Explorer. The boxy spacecraft — 8 feet by 8 feet by 10 feet — is about the size of an SUV. The estimated cost of the mission is more than $800 million.

Good flying weather was expected for the unmanned Atlas V rocket. Thursday's planned takeoff coincided with the 50th anniversary of the debut of the television space opera "Star Trek." 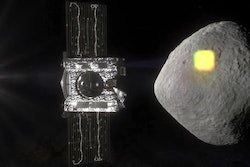 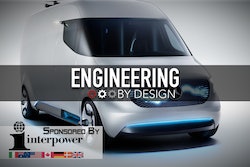