The device was unveiled in 2014, saying it could extract the viruses and turn them into ground meat. 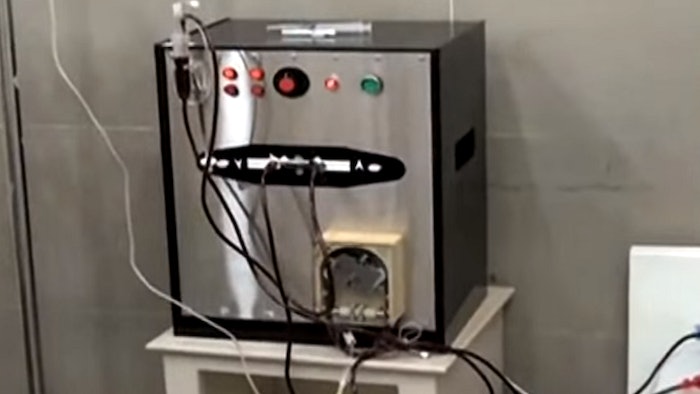 An Egyptian army engineer invented a sensor to detect the molecular signature of the virus. The patient's blood is treated through this a Complete Curing Device, which is stated to work like dialysis, purifying the blood before returning it to the body.
YouTube, CCTV Africa

CAIRO (AP) — Egypt's doctors union has referred four members to a disciplinary court for taking part in the army's development of a widely mocked device said to cure AIDS and hepatitis C.

The military's engineering wing unveiled the device in 2014, saying it could extract the viruses and turn them into "kofta," or ground meat. The army's claims were roundly dismissed by medical professionals.

Hepatitis C is widespread in Egypt, where it kills some 40,000 people every year, according to the World Health Organization.

Man, Machine Can Work Together on Diagnoses