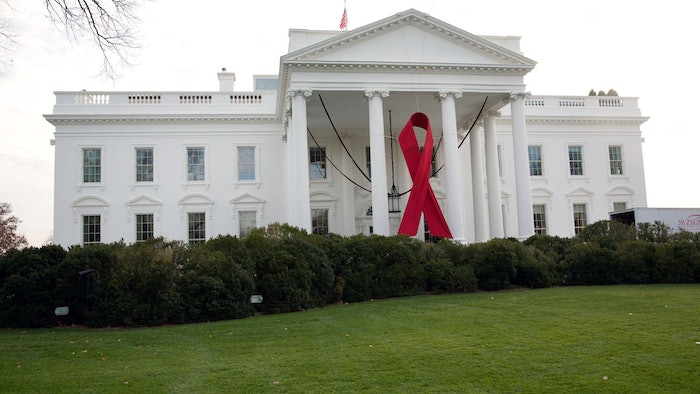 WASHINGTON (AP) — The Health and Human Services Department announced Thursday that California-Based Gilead Sciences Inc. has agreed to donate medications that reduce the risk of HIV transmission for up to 200,000 people a year.

"Will help us achieve our goal of ending the HIV epidemic in America!" President Donald Trump said in a celebratory tweet.

The pledge may last up to 11 years, said HHS Secretary Alex Azar. Gilead will donate its Truvada prevention pill until a second-generation version becomes available.

The Trump administration has set a goal of ending the HIV epidemic in the U.S. within 10 years.

Carl Schmid of the AIDS Institute called the donation "a really significant step," saying it will make the drug available to uninsured people. It lists for more than $20,000 per patient, per year.

Gilead Sciences said in a news release that the medication donation is one of the largest ever made in the United States and is part of the company's ongoing initiatives to help ensure that everyone who can benefit from the medicine is able to access it.

HIV is the virus that causes AIDS.