Tesla Working on Changes After Crash

Experts say it's clear that Musk is focusing on the Autopilot radar so his cars spot similar circumstances.

Tom Krisher
In this 2015 file photo provided by his neighbor, Krista Kitchen, Joshua Brown stands by his new Tesla electric car near his home in Canton, Ohio. Brown died in an accident in Florida on May 7, 2016 in the first fatality from a car using self-driving technology. According to statements by the government and the automaker, his vehicle's cameras didn't make a distinction between the white side of a turning tractor-trailer and the brightly lit sky while failing to automatically activate its brakes.
Krista Kitchen via AP, File

Tesla has been working on changes to Autopilot since May, after one of its Model S sedans failed to sense a tractor trailer in bright sun and crashed into it. The driver was killed.

In a Twitter post Sunday, Musk said that after talking with German supplier Bosch, which makes its radar sensors, it appears "significant improvements" to Autopilot can be sent to drivers automatically through over-the-air software updates.

Musk gave no details on the improvements. He also didn't say when the updates might happen.

Musk also said he plans to release new product plans for Tesla after his other company, Space X, launches a rocket early Monday.

DETROIT (AP) — Tesla Motors is working on modifications to its Autopilot system after it failed to stop for a tractor-trailer rig in a Florida crash that killed the driver of a Model S sedan.

CEO Elon Musk, in a Twitter post Thursday night, said Tesla is working on improvements to the radar system. Autopilot uses cameras, radar and computers to detect objects and automatically brake if a Tesla vehicle is about to hit something.

But in the May 7 crash that killed Joshua D. Brown, 40, of Canton, Ohio, cameras in his Tesla Model S failed to distinguish the white side of a turning tractor-trailer from a brightly lit sky, and the car didn't automatically brake, the company has said. Signals from radar sensors also didn't stop the car, and Brown didn't take control either.

Tesla wouldn't comment Friday on Musk's tweets or possible changes to Autopilot, which is being scrutinized by two U.S. government agencies. Whatever changes are made have broad implications for Tesla and other automakers, who either have similar technology in place or are about ready to put it on the road as they move toward fully autonomous driving within the next decade.

Just after the crash was made public June 30, Musk gave an indication in a tweet that the radar was discounted in the Florida crash. His tweet, which since has been removed from Twitter, said that radar "tunes out" objects like an overhead road sign to avoid stopping the car for no reason. Experts say this means that the radar likely overlooked the tractor-trailer in the Florida crash.

Thursday, Musk tweeted that the company is working on changes that would "decouple" the Autopilot's radar from its cameras and allow the radar to spot objects with fewer data points. Car sensors produce so much data that computers can't process it all. So fewer data points are needed for self-driving systems to work.

Experts contacted by The Associated Press say it's clear that Musk is focusing on the radar so his cars spot tractor-trailers in similar circumstances. "It kind of strikes me that they're figuring out how to solve that problem," said Timothy Carone, an information technology and analytics professor at the University of Notre Dame business school.

Radar can see through bright sunlight, rain, snow and other things that can block the sight of cameras, so it makes sense that Tesla would try to emphasize radar more after the Florida crash, said Raj Rajkumar, a computer engineering professor at Carnegie Mellon University who leads its autonomous vehicle research.

The cars' software would have to be updated so it considers the radar data and determines if obstacles are in the way, Rajkumar said.

Tesla has said that it constantly updates the Autopilot system as the company takes in data from cars that are on the road. 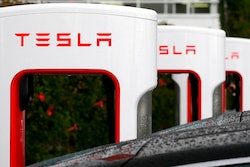 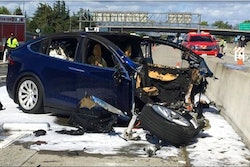