He sought to find and fix any bugs with the spacecraft's critical operating software. 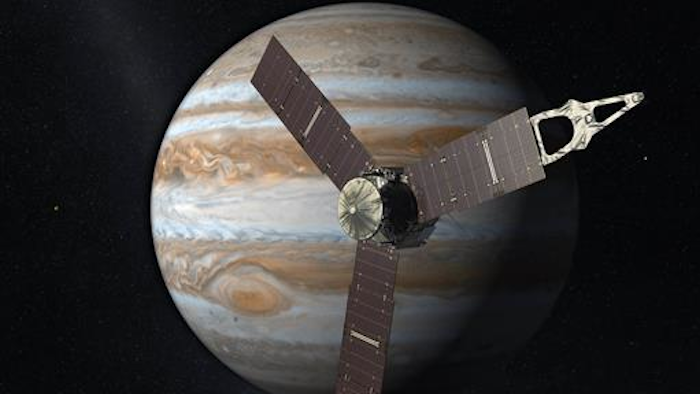 This artist's rendering provided by NASA and JPL-Caltech shows the Juno spacecraft above the planet Jupiter. Five years after its launch from Earth, Juno is scheduled to go into orbit around the gas giant on Monday, July 4, 2016.
NASA/JPL-Caltech via AP

CHARLESTON, W.Va. (AP) — A West Virginia-based NASA analyst with expertise in software has contributed to the Juno spacecraft's five-year, 1.8 billion-mile trip to Jupiter.

Sam Brown, an analyst for NASA's Independent Verification and Validation Facility in Fairmont, said he worked on the project while dividing his time between his West Virginia office and facilities in California and Colorado.

He told the Charleston Gazette-Mail Friday that he sought to find and fix any bugs with the spacecraft's critical operating software.

"We find things that may be problems in the future, we point them out and they get fixed," Brown told the paper.