The first non-Boeing airplane used in ecoDemonstrator program will be powered by Brazil-based biofuel. 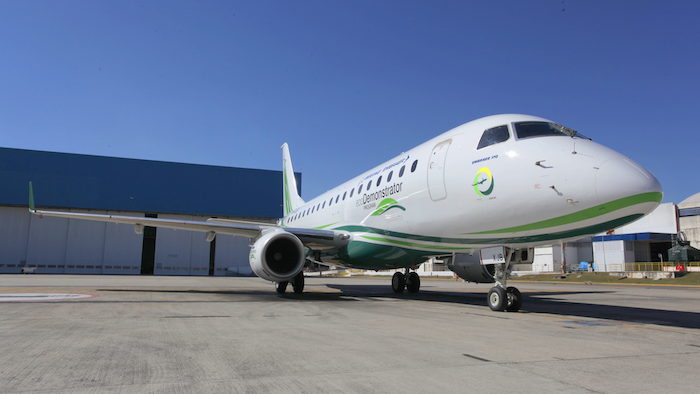 An "ice phobic" paint designed to reduce icing and help prevent accumulation of dirt and bugs due to its low adhesive property.
Boeing

Boeing and Embraer yesterday unveiled the next phase of the Boeing ecoDemonstrator program. The program will test technologies to improve airplane environmental performance and accelerate their introduction into the marketplace.

An Embraer E170 will serve as the flying testbed and will feature advanced environmental technologies that will undergo operational testing in Brazil during August and September.

The ecoDemonstrator flights will test several technologies designed to reduce carbon emissions, fuel use and noise including:

The ecoDemonstrator collaboration expands a relationship that began in 2012 when Boeing and Embraer signed a cooperation agreement to benefit their customers, their companies and the global aviation industry.