According to a Priceonomics report, 49 people have died a selfie-related death since 2014.

The robotic rectum is a new development from the Imperial College London. Researchers at the university hope that their creation, which consists of a prosthetic buttocks and rectum with built-in robotics will help doctors and nurses detect prostate cancer.

The training device has small robotic arms that apply pressure to the silicone rectum to recreate the shape and feel of the real deal.

So why a robot rectum? Well, plastic models are helpful, but they don't feel like living tissue, and it's difficult for doctors to learn what a hard and knobby, and potentially cancerous, prostate feels like.

Now, with a screen behind the device that displays a 3D model of the rectum and prostate, doctors-in-training can see the anatomy while performing the exam. So far, doctors and nurses are impressed, primarily because the trainer can change the size and shape because everyone is different. The data actually comes from volunteers who were scanned with an MRI to ensure a perfect shape of the anatomy.

The team is now working on making it more affordable - it costs about $13,000 - and they're even adapting it for gynecological exams.

Engineers from University of Pennsylvania may have a solution to one of Rio's many problems. The engineers have developed a rapid, low-cost genetic test for the Zika virus. For only $2, the testing device, which is a chemically-heated cup about the size of a soda can, will test your saliva in a microfluidic cassette. The proof-of-concept prototype doesn't use any electricity, but rather a color-changing dye. And if it turns blue, well, blue is bad.

The test takes about 40 minutes, and one of the finer qualities is that it doesn't take technical expertise to use. But while initial tests have been promising, the team is still a long way from being approved for medical use. Doesn't look like it'll make Rio after all. Hopefully someone is working on an AUV that can flag body parts.

Last week, a 51-year-old German tourist plummeted to his death at the Machu Picchu ruins in Peru while pretending to fly for a selfie. On the same day, a 28-year-old South Korean tourist fell 1600 feet from a waterfall in Peru while trying to take a self-portrait.

Now, no selfie is worth dying for, just a little common sense people, please. But in the spirit of the Fourth of July, and the fact that I must watch Jaws every year to celebrate the occasion, it turns out that the selfie is actually more lethal than the shark -- 12 people died taking selfies in 2015, only eight died from fatal shark attacks.

According to a Priceonomics report, 49 people have died a selfie-related death since 2014, 3/4 of them male, and more than a quarter were 21-years-old.

Most died from falling or drowning, but four died from a gunshot wound and two died grenade-related deaths. Yeah, two Russian teens blew themselves up while posing for a selfie with a live grenade.

Ladies and gentleman, it is safe to go back in the water, just don't bring your damn phone with you.

This is Engineering By Design 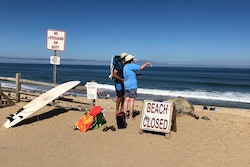 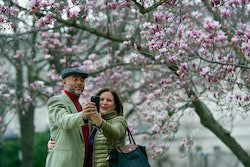