Rangers are using modern forensic technology to make sure they kill the right bear when a human is attacked. 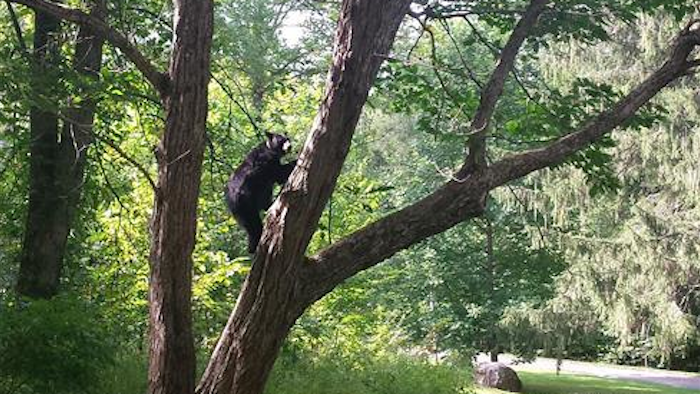 GATLINBURG, Tenn. (AP) — In what amounts to an innocence project for bears, National Park Service rangers are turning to modern forensic technology, including DNA evidence, to make sure they don't kill the wrong bear when a human is attacked in the mountains.

Twice in the last two years the Park Service executed bears in the Great Smoky Mountains National Park only to find out through DNA evidence afterward it had the wrong suspects. The public was outraged.

Officials at the 800-square mile park straddling Tennessee and North Carolina say they are doing their best with new technology and techniques to prevent it from happening again.

"We never want to kill a bear if we don't have to," said National Park Service spokeswoman Dana Soehn. "It's the very symbol of the park."

Rangers are now using a new DNA lab at Western Carolina University to analyze bear DNA left at attack sites. The lab offers faster results than in the past, when rangers had to wait weeks. Most labs are too busy processing human DNA from crimes, Soehn said.

Park officials can't wait weeks because they are unable to humanely hold a suspect bear for more than 48 hours, she said. The animals harm themselves if caged for long and can't be safely tranquilized for more than a few hours.

The Park Service also has a new agreement with the Knoxville Zoo to hold a bear in some instances until it's proven innocent — or guilty.

It is also using GPS-enabled collars for bears, instead of less accurate ones that operated via radio.

But as with human perpetrators, identifying the right suspect isn't always easy.

Bears are known to return to the scene of the crime, so to speak. So, after an attack, rangers would wait for the first black bear to show up and then kill it if they believed it had attacked a human unprovoked.

That's why rangers killed a bear last year that lumbered into an area where a 16-year-old Ohio boy had been snatched from a hammock and seriously injured. Rangers also shot another bear that had come to the area. The injured animal fled. But DNA from the attack didn't match the dead bear, and there wasn't enough genetic material from a nearby bullet with bear hair on it to show if the wounded bear was the culprit. Afterward, the Park Service vowed to examine new procedures to avoid another mistake.

Most bears are wary of people, though in May or June, when berries haven't ripened and there isn't enough food, they might come into conflict.

While there's about one attack a year in the park, a thriving population of about 1,600 black bears in America's most visited national park — with 10.7 million tourists last year — means more human-bear encounters, Soehn said.

"One of the reasons why people come to the Smokies is for the opportunity to see a black bear in the wild," Soehn said. "So we know it's a really special thing for them to see, and we want people to have that chance to see wild bears. But at the same time, we want them to be safe."

Park officials remind visitors to stay at least 50 yards from bears and store their food safely, hanging it high on cables at campsites. Campers and hikers are also warned not to travel alone or sleep where they cook.

Park officials say 49-year-old Bradley Veeder from Las Vegas did everything right as he hiked the Appalachian Trail in May. But after he fell asleep in his tent in the backcountry, a bear attacked.

"I woke up," Veeder said. "I felt this sharp pain and then this squeezing sensation, like my leg was in a press or something. The first thing I thought was 'bear.'" The bear tried to get into the tent and Veeder punched it and screamed at it.

"My head was fuzzy. I had just woken up, and I reached down to touch my leg, thinking it was OK, and that's when one of my fingers sank into the hole in my leg."

Veeder was treated for puncture wounds on his right calf.

But even the new procedures didn't help in that instance. The first and only bear to come to the site was an enormous 400 pounds. It was too big to collar and couldn't be transported to a holding cell or the zoo because it was in such a remote place, Soehn said.

Rangers decided to shoot it after it was tranquilized. Bear DNA taken from a book in Veeder's tent later cleared the bear, said Maureen Hickman, a forensic research scientist at Western Carolina University.

It was unfortunate, Soehn said, but the methods are still evolving and the Park Service is continuing to search for ways to avoid euthanizing the wrong bears.

Veeder, recovering in Montana with family, says the bear that bit him had to be put down because it had started to view humans as prey.

"It's really unfortunate that another bear was euthanized," said Veeder. "But I do feel for the Park Service — they're doing the best they can with what they have."