High-powered thermal cameras using atomic research technology will be used on the Tour de France to help eradicate the threat of riders using hidden motors inside their bikes. 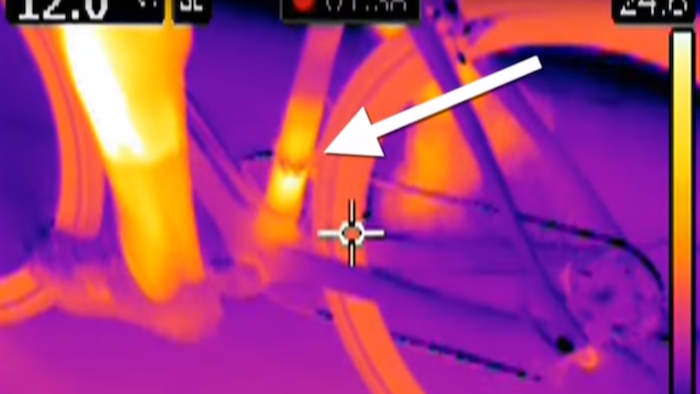 Thermal cameras help to detect the heat produced by a small hidden motor, even if the motor is turned off.

CEA-provided cameras were used at the French championships over the weekend and further research is ongoing.

Braillard said a new law will be submitted to parliament for approval later this year, whereby "sporting fraud" of this nature is punishable by law.

The International Cycling Union added that it has enough resources to carry out up to 4,000 tests at the Tour, which begins on Saturday.

"We are sending a clear message, which is that there is literally nowhere to hide for anyone foolish enough to attempt to cheat in this way," UCI president Brian Cookson said on Monday.

In April, French television program Stade 2 claimed to have detected so-called 'mechanical doping' at two Italian races by using roadside thermal cameras. The UCI previously said its magnetic resistance test is more effective than "flawed" heat-seeking tests, which it said were only effective if bikes are filmed close up from motorcycles.

A magnetic resistance test is carried out with a tablet computer using software to scan a bike, and it can detect motors, magnets and batteries in a bicycle's frame, wheel hubs and rims in less than 30 seconds.

She was caught using a hidden motor at a world championship race, and the sanction — imposed in April — was a first using rules on mechanical doping.