Obama administration is trying to help people take risks by simplifying the process for starting companies and equipping scientists and engineers with entrepreneurial skills. 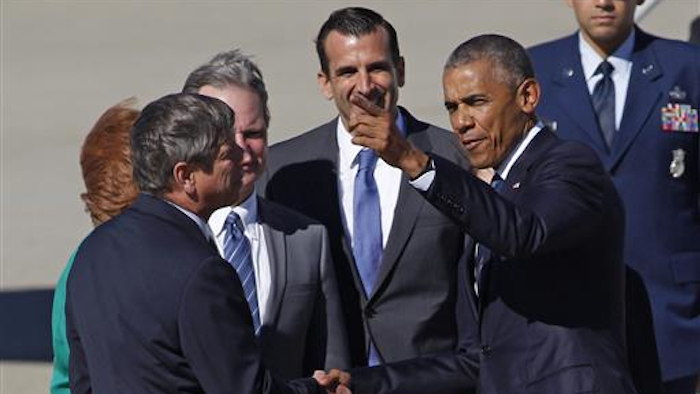 PALO ALTO, Calif. (AP) — More than half the global population is under age 30, President Barack Obama said Friday, and it is vital to make sure they have the right tools to start new businesses.

Obama addressed about 1,200 entrepreneurs and investors at an annual event, saying they can help fuel economic growth in their local communities and countries. People from more than 170 countries attended the Global Entrepreneurship Summit, including a contingent of 11 from Cuba.

"Turns out that starting your own business is not easy. You have to have access to capital, you have to meet the right people, you have to have mentors who can guide you as you get your idea off the ground," Obama said. "And that can be especially difficult for women and young people and minorities and others who haven't always had the same access to networks and opportunities."

The conference gives those in attendance the opportunity to get advice from investors and to learn how to access capital and lower bureaucratic hurdles.

Just 3 percent of venture capital-backed startups are led by women, and only around 1 percent are led by African-Americans. In advance of the conference, the White House announced a list of 30 tech companies that have pledged to increase the diversity of their workforces, among them Airbnb, Intel and SAP.

Obama said his administration is trying to help people take risks by simplifying the process for starting companies and equipping scientists and engineers with entrepreneurial skills.

Obama also said there will soon be a new effort to funnel more investments to small-scale, clean-energy entrepreneurs from developing countries.

The government will help identify promising projects and entrepreneurs for investors such as Tom Steyer, Bill Gates and Facebook's Mark Zuckerberg to invest in. As part of the conference, Obama heard from Zuckerberg and three aspiring entrepreneurs about more the government could do to partner with individuals.