Subway Line Running Out of Time Before Olympics

An expansion that is supposed to transport hundreds of thousands of athletes and fans is not done - and the Olympic Games are seven weeks away.

Adriana Gomez Licon
In this June 8, 2016 photo, men work in the new underground subway tunnel below Ipanema neighborhood in Rio de Janeiro, Brazil. Last-minute construction on the line has created fears after an April bike lane collapse that plunged two joggers to their deaths. An ocean-front section of the lane, an Olympic beautification project inaugurated in January, collapsed into a heap of broken cement when struck by a large wave.
AP Photo/Felipe Dana

RIO DE JANEIRO (AP) — Two construction workers chatted while applying white grout to the walls of a new subway tunnel one recent day, their voices and the smells of the building materials stark reminders of what was missing: passengers and trains.

Seven weeks before the Summer Olympic Games commence, a subway expansion that was supposed to transport hundreds of thousands of athletes and fans is not done. While Brazilian officials insist it can still be finished in time, frequent delays, skyrocketing costs, a financing snag and potential legal wrangling have created doubts.

Even if Rio de Janeiro completes the key part of the expansion in time, transportation experts worry it may be too late to adequately test the system before the Aug. 5 Olympics opening ceremony. The launch date has been repeatedly pushed back, with officials now saying they'll cut the ribbon four days before competition begins.

"They are leaving so little time to try this massive system," said Jose Manoel Ferreira Goncalves, president of FerroFrente, an organization of railway experts. "What guarantee do we have that such a sensitive and complicated project is in order?"

"Every hour counts," Rodrigo Vieira, Rio de Janeiro's transportation head, told The Associated Press, insisting the job would be finished. "We are working around the clock, 24/7 with 1,000 workers in each station."

Line 4 of the subway system was to be Rio's most important Olympic infrastructure project. It was designed to transport passengers from world-famous Ipanema beach to the modern suburb of Barra da Tijuca, home of the Olympic Park and Village, in less than 15 minutes, as well as to most venues where athletes will compete.

In contrast, the drive along the highway through lush mountains and shantytowns takes more than an hour on a good day, raising the specter of a logistics nightmare if the line isn't built and hundreds of thousands of visitors have to take buses or cars on already-clogged roads.

When Brazil won its bid back in 2009 to hold the Olympics in Rio de Janeiro, its economic fortunes were far different. The discoveries of rich, offshore oil fields in 2007 made major infrastructure projects like Line 4 seem possible back then.

But as global oil prices plunged in recent years, the state's accounts were hit hard. The oil sector in Latin America's largest nation has also been rocked by a major investigation into a colossal kickback scheme at state oil company Petrobras.

Now, Rio state's finances are in such bad shape the acting governor on Friday declared a state of financial disaster, a move giving him more freedom to manage shrinking resources without breaking fiscal laws. Rio state has been skipping payments to teachers and retired workers. Some police stations are missing basic items like toilet paper, and residents have felt obligated to pitch in.

"As the wealth has been wiped out, the dreams we had of the big transformations have also faded," said Gilberto Braga, a finance professor at Ibmec university in Rio.

The state recently failed to make an $8.3 million payment on a loan to the French Development Agency, which is helping pay for the subway project, forcing the federal government to intervene.

Because of the missed payment, the federal government became wary of Rio state acquiring more debt. Brazil's finance ministry now says it is reviewing the state's ability to handle more loans and has held up $284 million that a national bank dedicated to infrastructure projects had earmarked to complete the line.

"Rio's financial worries are notorious. I acknowledge that it's not a small feat (for the federal government) to approve a loan to a state in financial problems," the state's financial secretary, Julio Bueno, told the AP. "On the other hand, we have the Olympics. The subway is vital."

Despite optimism it will come together, city officials have devised backup plans, such as special lanes and a rapid transit system for buses.

Officials have dialed down expectations for the subway project for months.

Last-minute construction on the line has created fears after an April bike lane collapse that plunged two joggers to their deaths. An ocean-front section of the lane, an Olympic beautification project inaugurated in January, collapsed into a heap of broken cement when struck by a large wave.

Problems with other recently inaugurated Olympics-related projects have multiplied worries. A new light rail system connecting Rio's renovated port area to one of the airports recently suffered a major power outage on the second day of service, forcing passengers to get off. A highway near Barra da Tijuca that was inaugurated earlier this month is already damaged with potholes and large cracks.

FerroFrente filed a civil complaint Sunday asking a judge to bar passengers from riding the new subway line until the project is inspected and certified by independent companies. The lack of certifications "could have consequences in the great Olympic event," the complaint said, "and it is certainly preferable for the project not to be opened rather than for it to be a threat to thousands of people."

State auditors are examining why subway costs ballooned from the initial $1.6 billion estimate several years ago to $2.9 billion now expected. They also are seeking more information about plans to test the new line.

"We want to know whether shortening the time to test the subway puts the safety of the passengers at risk," said Jonas Lopes, president of Rio de Janeiro state's court of auditors.

Delays, blown budgets and graft are constant problems in Brazil.

Federal police are investigating whether Odebrecht, a builder in the subway consortium, paid bribes to officials connected to Line 4's creation. Another builder involved in the project, Queiroz Galvao, had its assets frozen in the Petrobras scandal.

Meanwhile, full operation of Line 4 has been postponed to 2018.

"It's the way things work here," said 70-year-old Hivonete Reis, complaining about how long it has taken to expand the subway to the southern part of the city where she lives. "They never give us anything on time." 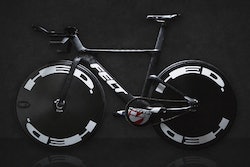