The company had trouble meeting performance deadlines and faced challenges obtaining the required authority to take part in the $7 billion project. 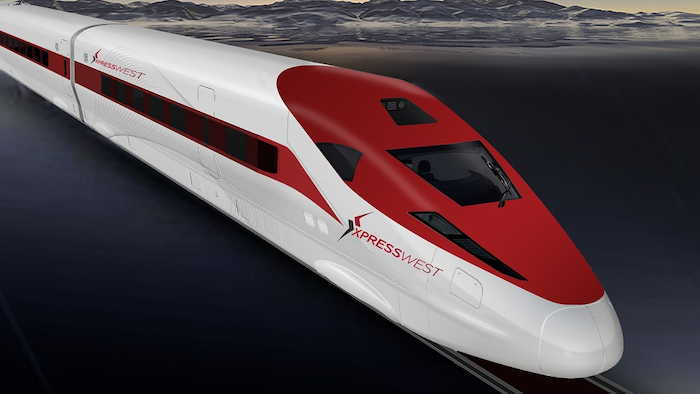 According to the company, XpressWest will use fully electric, next-gen train rolling stock capable of speeds in excess of 150 MPH that will deliver passengers to Las Vegas in 80 minutes with non-stop service every 20 minutes during peak times and up to every 12 minutes as demand requires.
XpressWest

LAS VEGAS (AP) — A Nevada company that wants to build a multi-billion-dollar high-speed passenger railway linking Las Vegas and Southern California has broken ties with a Chinese firm that it had said would help.

XpressWest in Las Vegas says it terminated a joint venture with China Railway International, a company formed last August for the effort.

The project hasn't broken ground. But it has regulatory approval to cover about 190 miles from Las Vegas to the Mojave Desert city of Victorville, California.

Cost estimates for the project have topped $7 billion.

GoPro to Move Out of China