A robotic 3D printer will build the tissue through computer-assisted design and manufacturing, but it will print living cells. 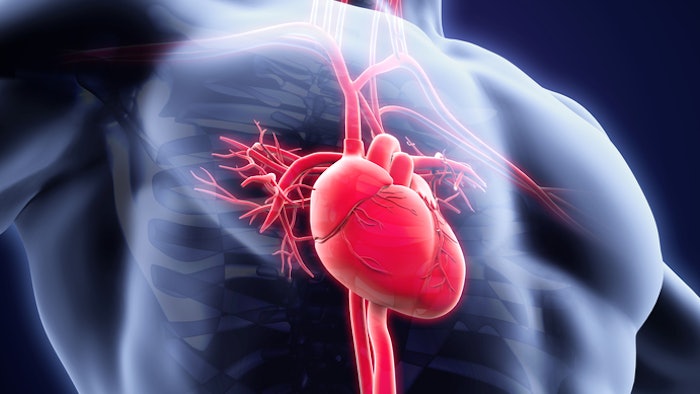 Jianyi "Jay" Zhang, M.D., Ph.D., brought his biomedical engineering expertise to the University of Alabama at Birmingham to fix hearts.

His dream -- and the dream of other heart experts at major research universities around the world -- is creating new tissue that can replace or protect damaged muscle after a heart attack.

Zhang already took a major step toward that goal when he and colleagues protected pigs from post-heart attack heart failure.

As described in his 2014 Cell Stem Cell paper, the researchers placed a mat of fibrin over the area where muscle had died and injected three types of cardiovascular cells underneath the mat.

This is somewhat akin to starting new lawn by scattering grass seeds beneath a protective layer of hay. The fibrin helped some of the injected cells survive and grow, and they in turn protected the heart from further damage.

While Zhang's colleague at the University of Paris Descartes, Philippe Menasche, M.D., Ph.D., is currently testing this approach on five patients, Zhang is launching a new effort in biomedical engineering to improve heart repair, supported by a new $3 million grant from the National Heart, Lung and Blood Institute of the NIH.

Instead of injecting individual cells and hoping they take seed, Zhang plans to robotically build and grow a mat of heart tissue made from individual cells, using a custom 3-D printer. Surgeons will then place this custom mat of living cells over the dead, infarcted tissue of the heart, somewhat akin to starting a new lawn by laying sod.

"We will make our own printer, using machinery experts, robotic experts and computer science experts," said Zhang, who last fall became the new leader of UAB Biomedical Engineering, a joint department of the UAB School of Medicine and School of Engineering. "A robotic arm will pick up cells of various types from petri dishes and place them onto fine needles that are a few microns apart. The growing cells fuse after three to seven days, and the shape is based on the needles."

"Then we can lift off the tissue," Zhang said. "It is scaffold-less tissue engineering. I already have two Ph.D. students on the project."

The piece of engineered tissue will be "printed-to-order" to match the size and shape of the dead tissue in the heart, as measured by MRI. The prevascularized heart tissue could be quite large, up to 2 by 4 centimeters in area and 5 millimeters thick (about 0.8 by 1.6 by 0.2 inches). All the work must be done under sterile conditions in a culture medium that provides the oxygen and nutrients to keep the cells alive.

This UAB myocardial tissue patch, done in collaboration with Menasche, Duke University and the University of Wisconsin, will need to be tested in a pig model before it can move to human trials. "We want to take it to clinical practice in seven years," Zhang said. "That's why I came to UAB."

UAB's clinical and research expertise in heart electrophysiology will be vital, Zhang says, because the patch could cause heart arrhythmias, or uneven beating, if it interferes with the careful timing of the electrophysiological wave that directs each smooth contraction of the pumping heart. Engineers and clinicians would need to learn how to build the 3-D tissue to avoid any complications.

As Zhang expands UAB capacity in tissue engineering, he is also bringing experts to the UAB campus for the annual, NIH-sponsored Cardiovascular Tissue Engineering Workshop that he leads.

After a heart attack, the heart muscle cells around the edge of the infarcted scar of the left ventricle, the most powerful pump chamber of the heart, get overstretched. Weeks, months or years later this can cause an enlargement of the heart called post-infarction left ventricle remodeling. This leads to heart failure.

Groundwork for producing the engineered tissue meant to prevent remodeling relies on research progress with stem cells, cells that have the ability to differentiate into different types of cells. The 2014 Cell Stem Cell paper, for example, used a combination of three types of cardiovascular cells derived from human induced pluripotent stem cells -- cardiomyocytes, endothelial cells and smooth muscle cells. The fibrin patch was also engineered to release insulin-like growth factor.

The cardiomyocytes were able to integrate into the heart and generate organized muscle structure, while the endothelial and smooth muscle cells contributed to heart blood vessels. Pigs getting this trilineage cell transplant had significant improvements in left ventricular function, myocardial metabolism and density of arterioles that branch out from a heart artery. The transplant also reduced infarct size, ventricular wall stress and apoptosis, or programmed cell death. Furthermore, the treatment did not produce arrhythmias.

For the clinical test with human patients in Paris, Menasché is using trilineage cells derived from human embryonic stem cells.