Engineering a Mosquito to Hijack Evolution

A powerful new technology holds the promise of rapidly altering mosquito genes to wipe out a species. 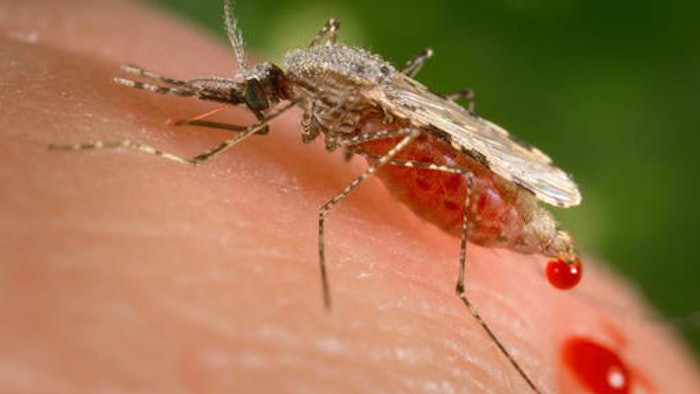 WASHINGTON (AP) — It's like hijacking evolution, a way to spread genetic change through insects, animals or plants faster than nature can, but a report Wednesday says these "gene drives" aren't ready to let loose in the wild just yet.

Advisers to the government say lots more research is needed to learn to safely use gene drives and understand their social consequences. The public also needs a say in how this hot tool eventually is used, stressed the National Academies of Sciences, Engineering and Medicine.

It's on the horizon, and disease-carrying mosquitoes may be the first target. Already, a California lab has hatched mosquitoes incapable of transmitting malaria.

Researchers say it shouldn't be too hard to tweak the technique to eliminate populations of another kind of mosquito — the one that spreads the Zika virus and dengue fever — by engineering those insects to become sterile.

But no one knows how rapidly changing or even eliminating entire populations could affect habitats. For example, wipe out an invasive species, and could something even worse fill that empty niche?

The National Institutes of Health, which requested the report, welcomed the findings.

"This approach to potential irreversible modification of the genome of an entire species is breathtaking," said Dr. Francis Collins, NIH's director and a geneticist. But, he added, supporting research while holding off the release of gene drives into the environment "seems to strike the right balance, given both the exciting potential of this technology and uncertainty about its ecological impact."

Normally, genes have a 50-50 chance of being inherited. Gene drives bias that inheritance, allowing scientists to genetically modify an organism and then ensure it spreads the new trait to virtually all its offspring, so entire populations can be affected in only a few generations.

Scientists have long known this occasionally happens in nature as some species inherit certain genes at higher-than-expected rates. For half a century, they've tried to harness that biological power. But recently, that research has surged thanks to a gene-editing technique named CRISPR that allows precise editing of DNA in living cells.

Repellents Are Hard to Design

Track Mosquitoes with Your Cellphone