He developed what has been described as the world's most sophisticated ankle prostheses.

A renowned expert in bionics and biomechanics, Hugh Herr had both legs amputated below the knee at 17 after suffering severe frostbite while mountain climbing.
Bryce Vickmark via MIT News

Herr, 51, currently heads the Biomechatronic Group at the MIT Media Lab in Massachusetts, where he developed what has been described as the world's most sophisticated ankle prostheses (see photos in gallery), prize organizers said.

Now a renowned expert in bionics and biomechanics, Herr had both legs amputated below the knee at 17 after suffering severe frostbite while mountain climbing. He subsequently directed his talents to developing technology to help people with similar problems, including special legs for himself that allowed him to continue practicing climbing.

The Asturias foundation said Herr's research has resulted in "a class of biohybrid, 'smart' prostheses that are accelerating the merging of body and machine and amplifying endurance and strength."

It said his achievements have had a major impact on people with disabilities, through adaptive knee prostheses for femoral amputees, and ankle-and-foot orthopedic prostheses for those with clubfoot or disabilities caused by cerebral palsy or multiple sclerosis.

The 50,000-euro ($56,000) award is one of eight handed out yearly by a foundation named for Crown Princess Leonor. Other prize topics include the arts, sports and social sciences. They are presented each fall in the northern Spanish city of Oviedo, capital of the Asturias region. 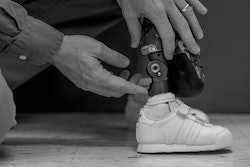 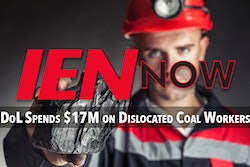