The E fighter has been in development for about 10 years. 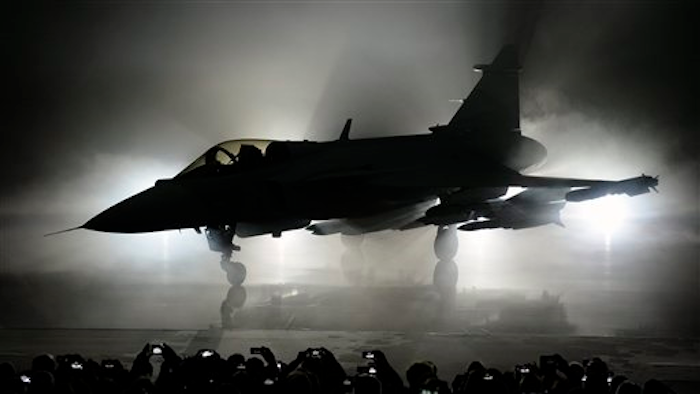 The new E version of the Swedish JAS 39 Gripen multi role fighter being rolled out at SAAB in Linkoping, Sweden, Wednesday, May 18, 2016.
Anders Wiklund/TT via AP

The E fighter is slightly bigger than previous versions, has a stronger engine and updated radar systems. It has been in development for about 10 years. The first test flight is expected later this year.

Brazil has ordered 36 Gripen fighters for delivery between 2019 and 2024. Earlier versions of the plane are in service in the air forces of Sweden, South Africa, Czech Republic, Hungary and Thailand.