EMILY Robot is a Lifesaver

She's tough, capable of punching through 30-foot waves and riptides or smashing into rocks and reefs. But she's also tender, providing hope to those in peril. 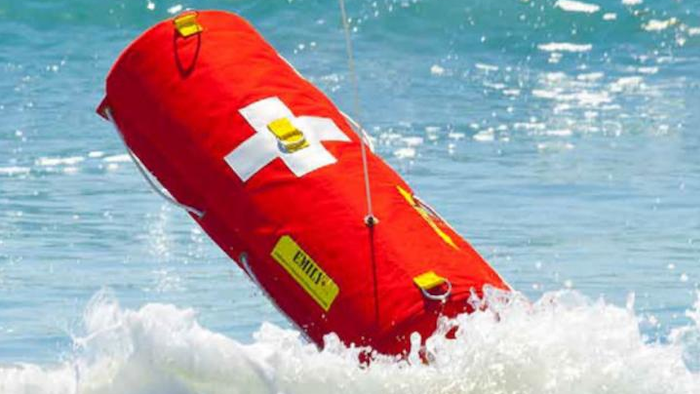 Meet EMILY the robotic lifeguard. Officially known as the Emergency Integrated Lifesaving Lanyard, EMILY is a remote-controlled buoy that recently was used to rescue nearly 300 Syrian migrants from drowning in the waters off the Greek island of Lesbos.
Hydronalix

Meet EMILY the robotic lifeguard, officially known as the Emergency Integrated Lifesaving Lanyard, a remote-controlled buoy that recently was used to rescue nearly 300 Syrian migrants from drowning in the waters off the Greek island of Lesbos.

EMILY is the successful culmination of a collaboration between inventor Tony Mulligan, the Office of Naval Research (ONR) and the Navy's Small Business Innovation Research (SBIR) and Small Business Technology Transfer (STTR) programs.

SBIR provides the Navy with innovative advances in technology created by small firms--while STTR transitions products developed by both small businesses and research institutions to the Navy and Marine Corps.

The technology in EMILY took a long road over 15 years--advancing from marine mammal research to unmanned aerial vehicles (UAVs) in Iraq.

Outfitted in bright orange, red and yellow colors, each cylindrical EMILY buoy is four feet long and weighs 25 pounds. It's powered by a jet engine system similar to a mini jet ski, shoots a water jet stream for propulsion and travels up to 22 miles per hour. EMILY also has two-way communication radios, a video camera with a live feed to smart phones and lights for night rescues.

"EMILY is made of Kevlar and aircraft-grade composites and is virtually indestructible," said Mulligan, CEO of Hydronalix, a maritime robotics company. "The devices can be thrown off a helicopter or bridge and then driven via remote control to whoever needs to be rescued."

EMILY's roots stretch back to 2001, when Mulligan received ONR and SBIR-STTR funding to develop a computer- and sensor-operated UAV to monitor whale movements during Navy sonar testing. However, when the wars in Afghanistan and Iraq erupted, Mulligan improved and transformed his vehicles into Silver Fox UAVs in 2003, which helped U.S. troops conduct aerial surveillance and reconnaissance missions.

In 2011, Mulligan received funding to disassemble existing Silver Foxes and use their components, such as motor parts and navigation computers, to build unmanned surface vehicles for hurricane tracking, tsunami response and search-and-rescue missions. This technology was built upon to develop EMILY.

Mulligan also has worked with ONR's SwampWorks program--which specializes in innovative, high-risk technologies--to develop components that went into both EMILY and the Mobile Gateway Buoy, designed to support Navy mine counter-measure missions.

Created with support from the ONR, several EMILY devices will be displayed in action for the public during the 2016 Naval STEM Expo and Sea-Air-Space Exposition--both to be held at the Gaylord Convention Center in National Harbor, Maryland. EMILY's demo schedule is as follows: