Researchers pointed a laser beam at the smoke behind bats flying in a wind tunnel in order to further future drone development. 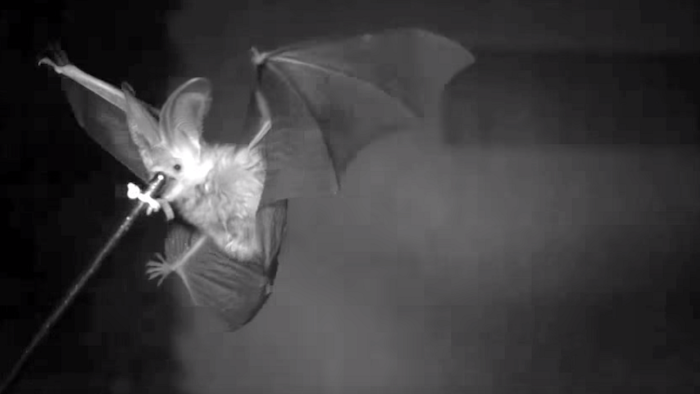 Long-eared bats are assisted in flight by their ears and body, according to a study by researchers at Lund University in Sweden. The recent findings improve researchers' understanding of the bats' flying technique and could be significant for the future development of drones, among other things.

Contrary to what researchers previously assumed, Christoffer Johansson Westheim and his colleagues at Lund University show that long-eared bats are helped in flight by their large ears.

"We show how the air behind the body of a long-eared bat accelerates downwards, which means that the body and ears provide lift. This distinguishes the long-eared bats from other species that have been studied and indicates that the large ears do not merely create strong resistance, but also assist the animal in staying aloft", says Christoffer Johansson Westheim.

The findings entail a greater understanding of the flight technique of bats.

They also highlight the evolutionary conflict between flying as efficiently as possible and eco-locating, i.e. discovering objects by sending out soundwaves and perceiving the resulting echoes.

Another discovery made during the experiments and never previously described in research is how the bats generate forward motion when flying slowly.

The forward motion is generated when the wings are held high and away from the body at the end of each beat.

"This specific way of generating power could lead to new aerodynamic control mechanisms for drones in the future, inspired by flying animals", says Christoffer Johansson Westheim.

The experiments were conducted in a wind tunnel in which trained bats flew through thin smoke to reach a stick with food on it.

Meanwhile the researchers aimed a laser beam at the smoke behind the bats and took pictures of the illuminated smoke particles.

The researchers measured how the smoke moved to calculate the forces generated by each beat of the bats' wings.