During the first three months of this year, Boeing's products and labor costs increased to $19.1 billion, while the company also spent an extra $148 million on R&D. 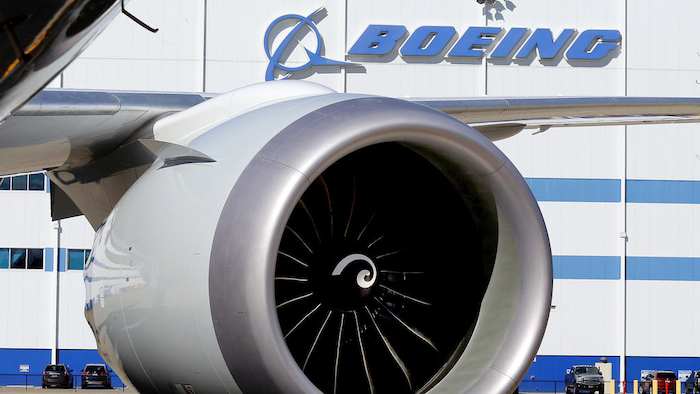 In this Tuesday, Feb. 16, 2016, file photo, an engine and part of a wing from the 100th 787 Dreamliner to be built at Boeing of South Carolina's North Charleston, S.C., facility are seen outside the plant. Boeing reports financial results on Wednesday, April 27, 2016.
Brad Nettles/The Post and Courier via AP, File

Revenues were up 2 percent to $22.6 billion but that was not enough to offset higher costs for Boeing's products and labor.

Boeing is currently in the process of reducing its 160,000-person workforce by about 4,500 to help keep its costs under control.

The bulk of those jobs — about 4,000 — will come from its commercial aircraft unit.

The company had a backlog of 5,740 commercial jets at the end of March, but orders for new planes have slowed as oil prices have fallen and most airlines have their future aircraft needs mapped out.

While list prices for new planes continues to rise, fierce competition with European plane-maker Airbus and a surplus of cheap used planes has led to deep cuts in the prices actually paid by airlines.

Boeing values its backlog at $424 billion. Most of that money is not actually paid until the planes are delivered.

During the first three months of this year, Boeing's products and labor costs increased to $19.1 billion, up 3.2 percent from the same period last year.

It also spent an extra $148 million — or 19 percent — on research and development as it prepares to roll out a new generation of its popular 737 and 777 jets.

Boeing said it had profit of $1.83 per share. Earnings, adjusted for non-recurring gains, came to $1.74 per share.

The results did not meet Wall Street expectations. The average estimate of seven analysts surveyed by Zacks Investment Research was for earnings of $1.81 per share.

Boeing shares have decreased almost 8 percent since the beginning of the year, while the Standard & Poor's 500 index has risen slightly more than 2 percent. The stock has fallen roughly 10 percent in the last 12 months.