Drones could be a $91 billion market by 2026, so experts are working on ways for the vehicles to detect abnormalities and fight off malicious attacks. 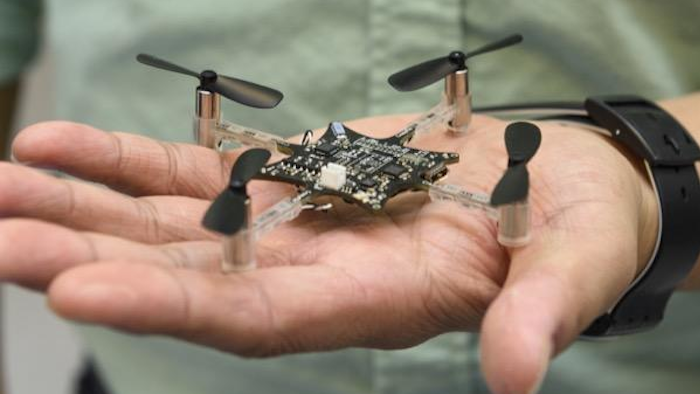 Drones are seeing increased use in a wide array of applications, including delivery and inspection services, aerial photography, mapping and surveying, and search and rescue missions.

Integrating these unmanned aircraft systems, known more technically as micro aerial vehicles (MAVs), is expected to have a significant economic impact, with a predicted investment of $91 billion over the next decade.

"It is conceivable that hundreds of thousands of MAVs will be tearing across the sky every day largely under their own automated control," says Guoquan Huang, assistant professor of mechanical engineering at the University of Delaware (UD).

"Each of these vehicles, however, could be hijacked or deliberately controlled for malicious purposes, exposing us to unprecedented vulnerabilities."

The $166,000 award will enable Huang, whose expertise lies in robotics, to develop consistent state estimation algorithms that will allow drones to detect abnormalities in their sensing and react to them to compensate for malicious attacks.

Disrupted drone navigation has both economic and security implications.

"The Department of Homeland Security is particularly interested in this issue because drones are so ubiquitous," Huang says.

He emphasizes that his work focuses on protecting the sensing systems that drive navigation -- not on the communication systems embedded in MAVs. While other researchers are addressing communication vulnerabilities, he says, little to no attention has focused on securing MAV navigation.

"As MAVs become integral to our economy and national security, we face ever more frequent and threatening attacks," Huang says. "By enabling secure MAV navigation in the presence of malicious attacks, this research will add one more layer of protection to our society."

In addition, the research will foster novel MAV-based applications, such as providing aerial transportation during humanitarian aid and delivering supplies in hard-to-reach areas during and after disasters.

The project will also create research opportunities for both graduate and undergraduate students from UD, and an integrated outreach program will provide innovative hands-on teaching and learning of robotics programming for K-12 students.