Engineers' quick response and determination throughout the weekend led to the recovery. 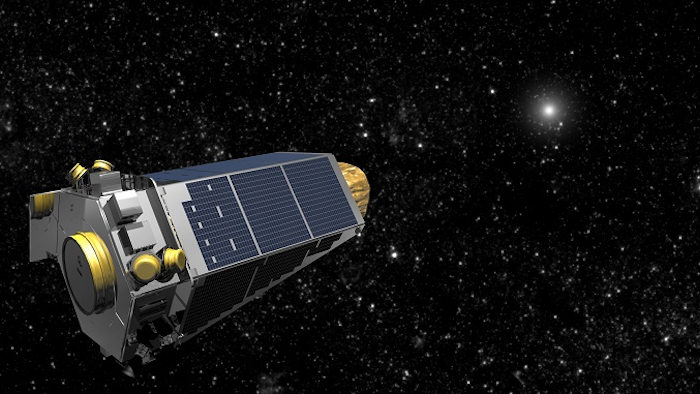 The Emergency Mode began approximately 14 hours before the planned maneuver to orient the spacecraft toward the center of the Milky Way for Campaign 9. The team has ruled out the maneuver and the reaction wheels as possible causes of the EM event.
NASA

On Sunday morning, the spacecraft reached a stable state with the communication antenna pointed toward Earth, enabling telemetry and historical event data to be downloaded to the ground.

The spacecraft is operating in its lowest fuel-burn mode.

Once data is on the ground, the team will thoroughly assess all on board systems to ensure the spacecraft is healthy enough to return to science mode and begin the K2 mission's microlensing observing campaign, called Campaign 9. This checkout is anticipated to continue through the week.

Earth-based observatories participating in Campaign 9 will continue to make observations as Kepler's health check continues. The K2 observing opportunity for Campaign 9 will end on July 1, when the galactic center is no longer in view from the vantage point of the spacecraft.

K2's previous science campaign concluded on March 23. After data was downlinked to the ground, the spacecraft was placed in what is termed Point Rest State (PRS). While in PRS, the spacecraft antenna is pointed toward Earth and it operates in a fuel-efficient mode, with the reaction wheels at rest.

The Emergency Mode began approximately 14 hours before the planned maneuver to orient the spacecraft toward the center of the Milky Way for Campaign 9. The team has therefore ruled out the maneuver and the reaction wheels as possible causes of the EM event.

An investigation into what caused the event will be pursued in parallel, with a priority on returning the spacecraft to science operations.

The EM event is the first that the Kepler spacecraft has encountered during its seven years in space.

Mission operations at NASA's Ames Research Center in California's Silicon Valley, Ball Aerospace and the Laboratory for Atmospheric and Space Physics at the University of Colorado in Boulder remain vigilant.

It was the quick response and determination of the engineers throughout the weekend that led to the recovery. According to Sobeck, NASA is deeply appreciative of their efforts, and for the outpouring of support from the mission's fans and followers from around the world.

Further updates will be provided as information warrants.