Blue Origin founder Jeff Bezos (BAY'-zohs) said in a series of tweets from his official Twitter account that the reusable New Shepard launched Saturday near Van Horn, Texas, and returned to Earth with another upright landing.

New Shepard consists of a capsule designed to take people into space for suborbital flights, along with a booster.

Bezos said the capsule parachuted to the ground while the rocket engine's was restarted during its successful descent.

The Kent, Washington-based company also launched the New Shepard on Nov. 23 and Jan. 22 from the same site.

Several other U.S. companies are also competing in the private space business. 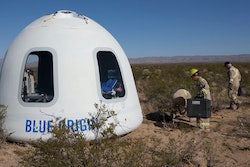 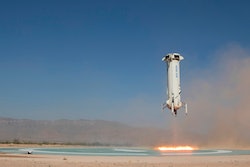 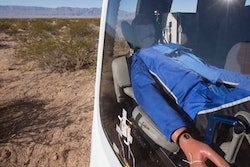