The rocket company shot a capsule higher into space than it's ever done before. 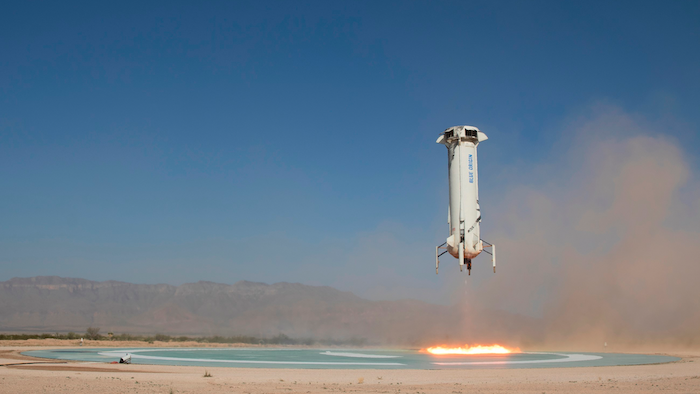 In this photo provided by Blue Origin, The booster of the New Shepard rocket prepares to land in a project called Mission 9 (M9) in western Texas on Wednesday, July 18, 2018. Jeff Bezos' Blue Origin rocket company shot a capsule higher into space Wednesday than it's ever done before.
Blue Origina via AP

The New Shepard rocket blasted off from West Texas on the company's latest test flight. Once the booster separated, the capsule's escape motor fired, lifting the spacecraft to an altitude of 389,846 feet. That's 74 miles or 119 kilometers.

It's part of a safety system intended to save lives once space tourists and others climb aboard for suborbital hops.

Wednesday's passenger was Mannequin Skywalker, an instrumented dummy in a blue flight suit that's flown before, plus science experiments.

The booster and capsule — both repeat fliers — landed successfully. It was the ninth test flight and lasted 11 minutes.

"Crew Capsule looks great even after it was pushed hard by the escape test. Astronauts would have had an exhilarating ride and safe landing," Bezos said in a tweet. "Great engineering and the lucky boots worked again."

Blue Origin has yet to announce when it will start selling tickets or how much flights will cost. Launch commentator Ariane Cornell promised it would be soon. "It's coming," she said.

Bezos, founder and chief executive of Amazon, aims to send people and payloads into orbit from Cape Canaveral. Those missions will rely on the bigger, more powerful New Glenn rocket still under development. 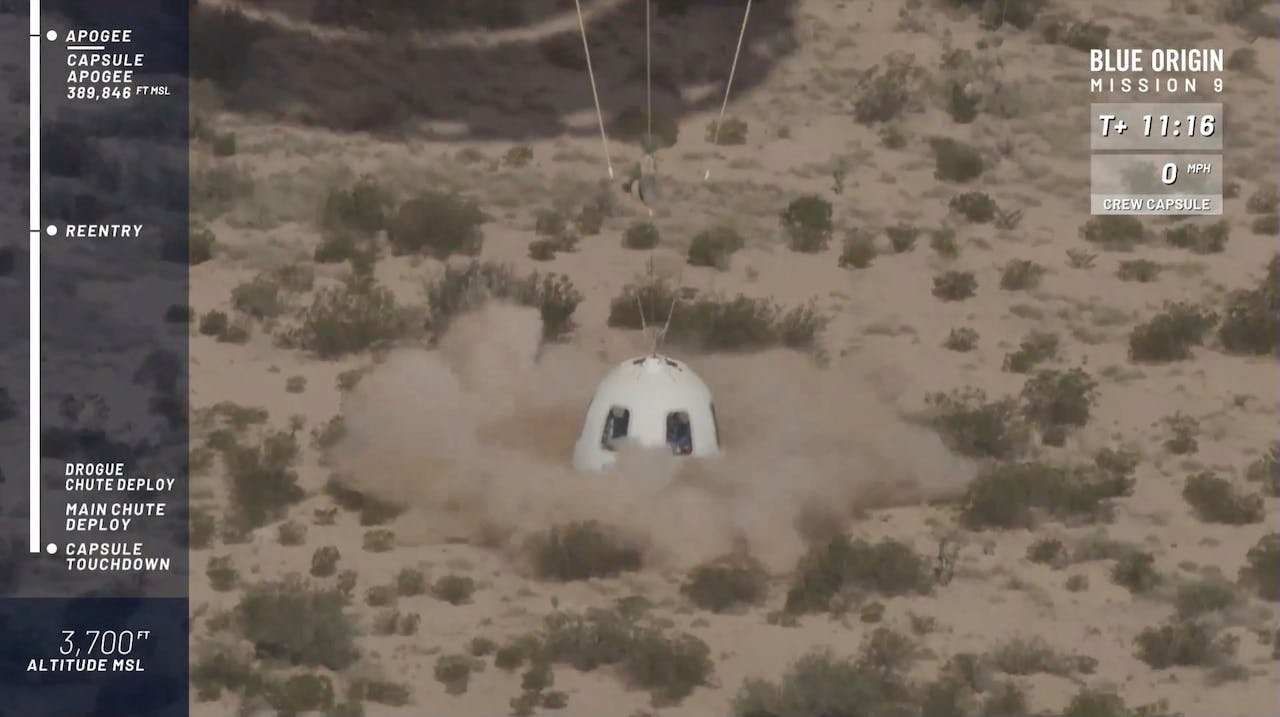 In this image from video made available by Blue Origin, the company's New Shepard capsule lands during a test in West Texas on Wednesday, July 18, 2018. Once its booster separated, the capsule’s escape motor fired, lifting the spacecraft to 74 miles (119 kilometers) as part of a safety system intended to save lives once customers -- including space tourists -- climb aboard for suborbital hops.Blue Origin via AP