Development of this new launch control software is now projected to exceed $207 million, 77 percent above 2012 projections. 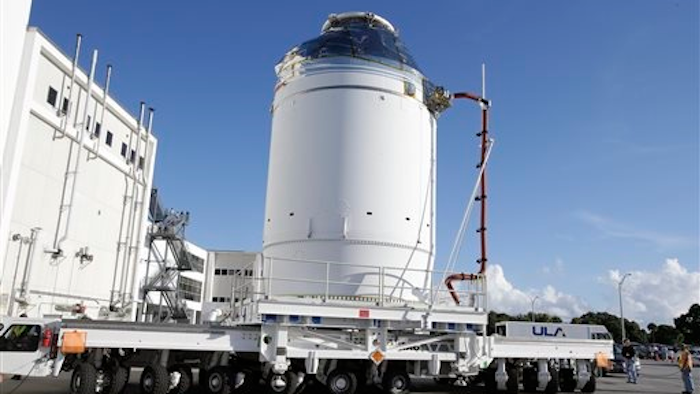 NASA's own inspector general said Monday, March 28, 2016, that Launch control software under development for NASA's deep-space exploration program is more than a year behind schedule and tens of millions of dollars over budget.
AP Photo/John Raoux, File

CAPE CANAVERAL, Fla. (AP) — Launch control software under development for NASA's deep-space exploration program is more than a year behind schedule and tens of millions of dollars above projected costs, according to an internal audit released Monday.

NASA's own inspector general conducted the audit at Florida's Kennedy Space Center, where the agency hopes to launch its next-generation rocket on a test flight in 2018.

The goal is to send astronauts to Mars in the 2030s, using this supersize Space Launch System, or SLS, rocket and an Orion capsule. The 2018 SLS premiere will include an unmanned Orion; the first Orion with a crew should launch five years later.

NASA has agreed to an independent review once software is delivered for the 2018 test flight. In the meantime, officials said they have instituted improvements. Inspector General Paul Martin deems that satisfactory and considers the matter resolved.

Software needed to support SLS and Orion is experiencing the same startup trouble as previous command and control software programs, the audit found. Development of this new launch control software is now projected to exceed $207 million, 77 percent above 2012 projections.

The software won't be ready until fall 2017, instead of this summer as planned, and important capabilities like automatic failure detection, are being deferred, the audit noted. The system is vital, needed to control pumps, motors, valves and other ground equipment during countdowns and launches, and to monitor data before and during liftoff.

NASA decided to write its own computer code to "glue together" existing software products a decade ago — while space shuttles still were flying and commercial shippers had yet to service the space station. Both delivery companies, SpaceX and Orbital ATK, rely on commercial software, the audit noted.

Commercial software products would be a better option for NASA as well, according to the audit, especially given recent advances in the area.

The ground systems development and operations program's "reluctance to change course reflects a cultural legacy at NASA of over-optimism and over-promising what the agency can achieve in a specific timeframe," the report stated.